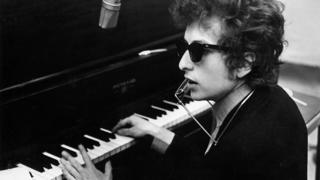 Bob Dylan to release Like a Rolling Stone outtakes disc

Bob Dylan is set to release a new CD featuring 20 alternate takes of Like a Rolling Stone.

Acknowledged as one of his greatest songs, the six-minute organ-led classic was originally recorded in June 1965 for the Highway 61 Revisited album,

But it is known to have evolved dramatically in the studio from its first recording.