Martin Fowler is returning to EastEnders for the first time since 2007 and will be played by a new actor.

James Bye will become the third actor to portray the character, who was the first child to be born in the soap shortly after it began in 1985.

He will resume his rocky relationship with wife Sonia, daughter Rebecca and other faces on Albert Square.

Bye’s predecessor James Alexandrou is said to have given his blessing to the recasting of the role.

Extensive auditions took place before the part was given to Londoner Bye, according to the series’ executive producer Dominic Treadwell-Collins.

“Martin is an EastEnders original – the first baby born on the Square and part of the show’s roots – and, as we celebrate 30 years on Albert Square, it’s important to look backwards as we move forwards,” he added.

Bye said: “It’s a huge opportunity for me to put my own stamp onto an iconic character and I can’t wait to get started.”

Martin is expected to make his first appearance in EastEnders in the next few months. 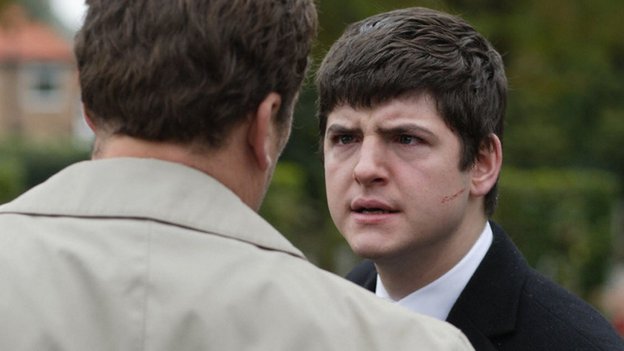 Another character, troubled Ben Mitchell, recently made an on-screen return to EastEnders in the guise of a fresh actor, Harry Reid.

He is the fifth actor to take on the role of Ben since he first appeared in soap in 1996.

Martin Fowler was last seen seven years ago after trouble erupted in the wake of his mother Pauline’s death, who was played by the late Wendy Richard.

His screen father Arthur died when he was 11 years old, prompting him to go off …read more