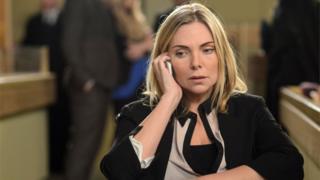 A stalker found outside the home of EastEnders star Samantha Womack has avoided being sent to prison.

He was handed an eight-week prison sentence, suspended for 12 months, at Great Yarmouth Magistrates’ Court.

In a statement read out to the court, Mrs Womack said the events had left her feeling scared in her own home.

She added: “These events have had a massive impact.

“I can’t stop thinking about it. He’s a total stranger, but I’m concerned about his well-being and do hope he is okay and needs to seek some help.”

BMW hits house and ends up on Yaris...