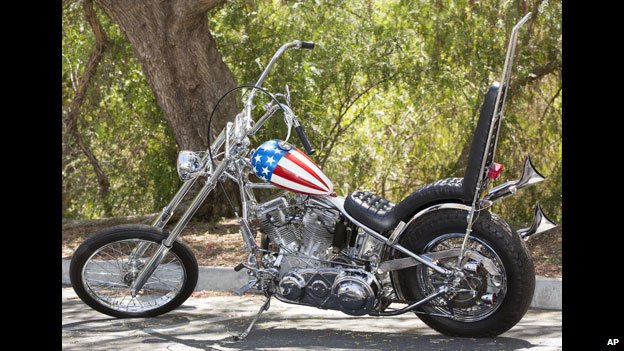 The customised chopper Peter Fonda rode in 1969 film Easy Rider is expected to fetch more than $1 million (£613,000) when it goes up for auction next month.

The motorcycle is being sold by Michael Eisenberg, a California businessman who once co-owned a themed restaurant with Fonda and Rider co-star Dennis Hopper.

The ‘Captain America’ Harley-Davidson – a panhead chopper with a chromed hard-tail frame – is accompanied by three letters of authenticity. 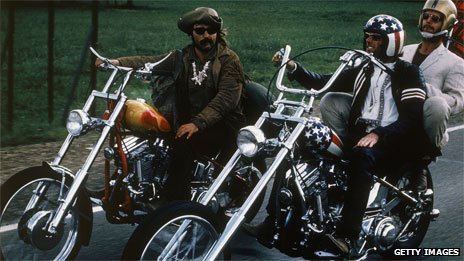 ‘Panhead’ is the name given to the bike’s distinctive engine, while ‘hard-tail’ refers to its lack of rear suspension.

Decorated with the American flag, the bike features a forward-angled front wheel and handlebars, fishtail exhaust pipes and a teardrop-shaped gas tank.

Four motorcycles were created for the movie, but only one – the one used in the film’s climactic crash scene – is known to have survived and was later restored by Fonda.

The bike spent 12 years on display at the National Motorcycle Museum in Anamosa, Iowa before it was sold on to Eisenberg last year.