Michael Eavis founded the Glastonbury Festival in 1970 with profits going to Greenpeace, Oxfam and WaterAid

Glastonbury Festival’s Michael Eavis has been honoured for his outstanding contribution to live music in the UK.

The likes of Coldplay, Damon Albarn and Sir Paul McCartney have paid tribute to 79-year-old Mr Eavis as he received the Music Industry Trusts Award.

He said: “I can’t believe that 44 years of semi-controlled chaos has led to me receiving this prestigious award.”

The first event in 1970 – then called Pilton Pop Festival – was held on Mr Eavis’s Somerset farm.

Many artists who have performed at the festival over the years have paid tribute to Mr Eavis, who was inspired to up the event after taking a “peep” at a blues festival in Bath earlier in the year, where bands such as Led Zeppelin performed.

Lily Allen, who went to Glastonbury as a child, with her parents, before performing many years later, said: “Your festival is literally better than Christmas.

“I get that same feeling in my gut that I did on Christmas Eve as a kid, but for the whole week leading up to that last weekend in June. I love you, you have made the world a bearable place.” 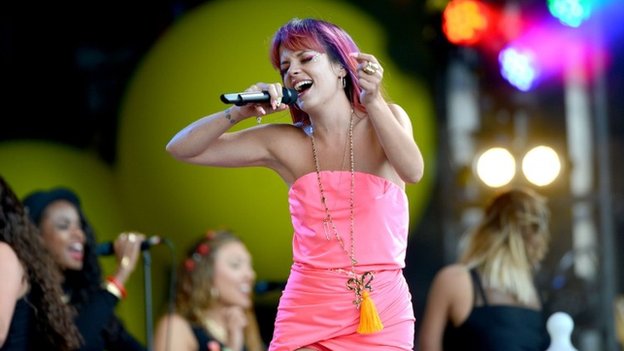 Albarn, who has performed with Blur and Gorillaz, said: “I’d like to thank you for your husbandry of the musical health of the British Isles and far further afield.”

Coldplay sent a message which said: “Thank you for the incredible experiences you’ve given us and so many others.”

The Music Industry Trusts Award, now in its 23rd year, has raised more than £4.5 million for Nordoff Robbins and the BRIT Trust.