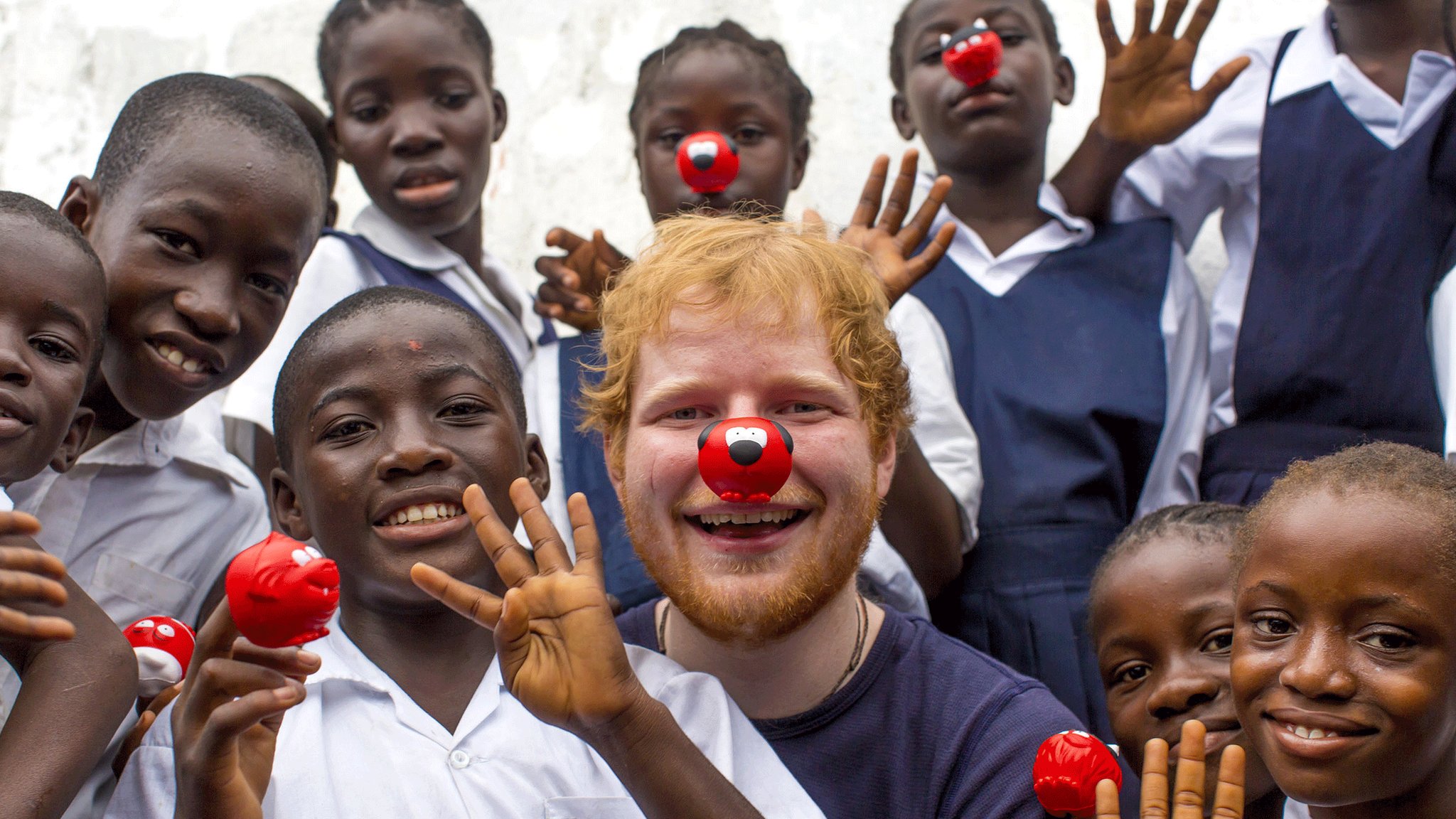 Singer-songwriter Ed Sheeran and Professor Stephen Hawking are among the stars lining up to promote this year’s Red Nose Day.

Sheeran will be seen singing with children in Liberia in a film to be shown on the BBC charity fundraising programme on 24 March.

The chart-topper said: “I’ll never forget the kids I met on this trip. When we sang together.

“They were in such high spirits despite everything they’d been through.”

Many of the children Sheeran met at the Street Child Liberia project in the capital of Monrovia had been orphaned by the recent Ebola outbreak.

He added: “It was an incredibly eye-opening experience and I’m really proud to support Comic Relief and see what they are doing to help these children have a better future.”

Professor Hawking said: “I’m a world-renowned scientist who has shaped our understanding of the universe and I am being asked to make snot jokes. I must really like this charity.”

Comedians French and Saunders, Vic and Bob and Brendan Carroll (aka Mrs Brown) are among those also taking part.

Red Nose Day raises money for the charity Comic Relief, which helps those in poverty both in the UK and across the world.

This year’s Red Nose Day will take place on 24 March and will be broadcast live on the BBC.

Girl, 9, diagnosed with 'one in a million' BPAN disorder

THE DEARS – TO HOLD AND HAVE

'What does Thriller mean?'

Kevin Spacey to get special Olivier