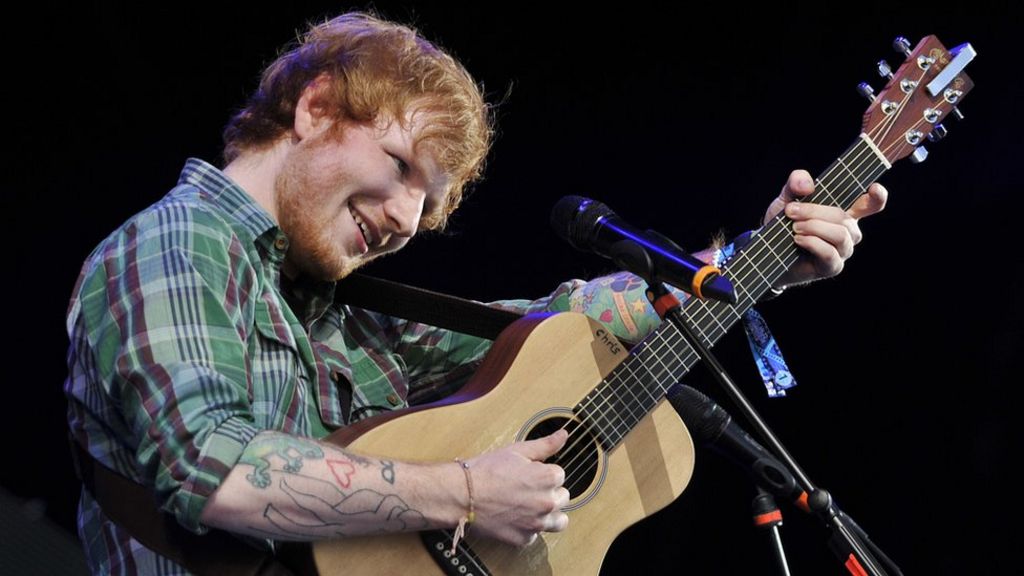 Ed Sheeran has been revealed as the most-played pop act in the UK in 2015.

The singer topped the music royalty body Phonographic Performance Ltd’s (PPL) chart, which is based on TV and radio airplay, adverts and plays in venues like pubs and clubs.

Mark Ronson’s Uptown Funk was the most-played song of the year, ahead of Ellie Goulding’s Love Me Like You Do and James Bay’s Hold Back The River.

The success of Sheeran, who was third in 2014’s list, was largely due to the “broadcast and public use” of Thinking Out Loud, Photograph and Bloodstream, his collaboration with drum and bass act Rudimental, a PPL spokesman said.

Four out of the top five most-played acts were British, with Swift being the only exception, while the top six most-played songs were by UK artists.

Sheeran, Swift and London singer Jess Glynne all had two tracks in the top 20 most-played songs.

Outside the top ten, there were inclusions for the Felix Jaehn remix of reggae star OMI’s Cheerleader; Take That’s first song as a trio, These Days; Little Mix’s chart topper, Black Magic; and Walk The Moon’s global hit Shut Up and Dance.

The PPL said Adele, who made it to 20th place in the most-played chart despite “only three months of airplay for her new material”, was expected to have a much larger impact on the 2016 lists.