Singer-songwriter Ed Sheeran has been named the most-streamed artist in the world by Spotify.

The 23-year-old has racked up more than 860 million streams on the service, beating Eminem and Coldplay, who came second and third respectively.

His latest album, x, which hit the million sales mark in the UK this week, was played 430 million times.

The Dark Horse singer took the top spot from Rihanna, who held the position for the previous two years,

Spotify said that more than 50 million users listened to 7 billion hours of music in the whole of 2014. 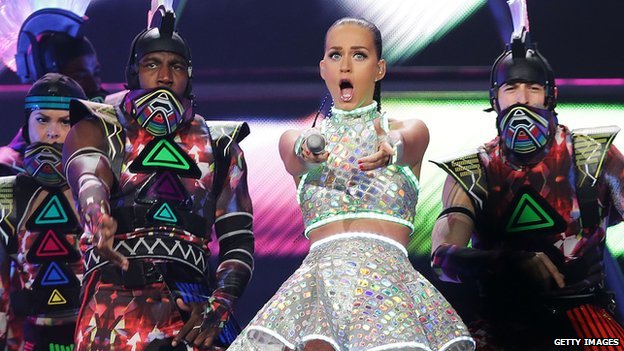 Katy Perry was 2014’s most streamed female artist on Spotify

The service’s most listened-to track was Happy by Pharrell Williams, which had more than 260 million plays.

British act Clean Bandit were in second position for their song Rather Be while DJ Calvin Harris’ came third, with Summer.

Here are some of Spotify’s most-streamed charts