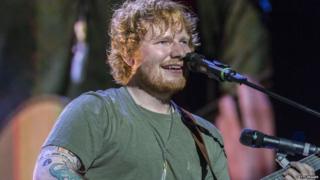 Ed Sheeran and Years & Years up for BBC Music prize

Sheeran is among the big selling artists to be nominated

Ed Sheeran, Adele and Years & Years are among the artists shortlisted for this year’s BBC Music Awards.

Jamie XX, Florence + the Machine and Foals are also up for the British artist of the year prize.

Adele (Adele at the BBC) and Florence + the Machine (Glastonbury) are also up for BBC live performance of the year. The awards take place on …read more

Corbyn: Syria focus should be peace

The Who halt tour over Daltrey virus