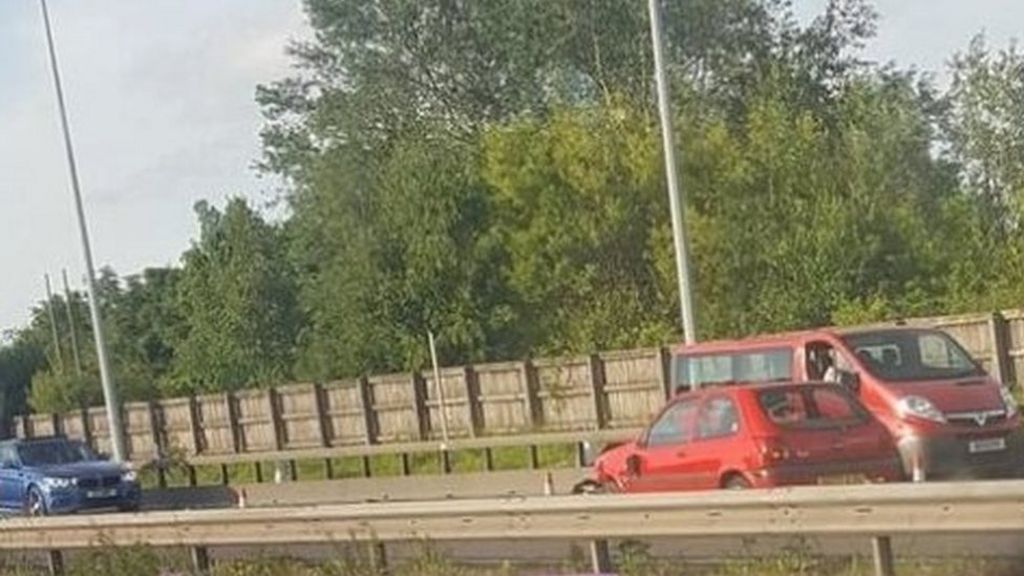 An elderly motorist drove more than five miles the wrong way around the M60 before crashing.

The man drove anti-clockwise in the right hand lane between Cheadle and Trafford Park before crashing at about 18:15 BST on Monday.

His red Ford Fiesta collided with two vehicles, police said on Tuesday. The man, who is in his 80s, was taken to hospital with minor injuries.

The road was shut between Trafford Park and Carrington for more than an hour.

Boy in Halstead dies after being bitten by...