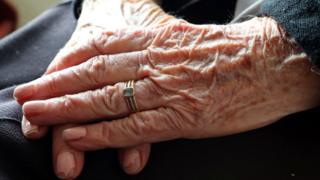 The research involved a national survey of almost 700 over-65s

Elderly people are reluctant to make complaints about poor health care or do not know how to, the Parliamentary and Health Service Ombudsman says.

A report suggested 56% of people aged over 65 who experienced a problem did not complain because of worries about how it might impact future treatment.

Nearly 20% did not know how to raise a complaint, it said, while a third felt complaining would make no difference.

First coal-free day in the UK since Industrial...

Farah roared on to London victory