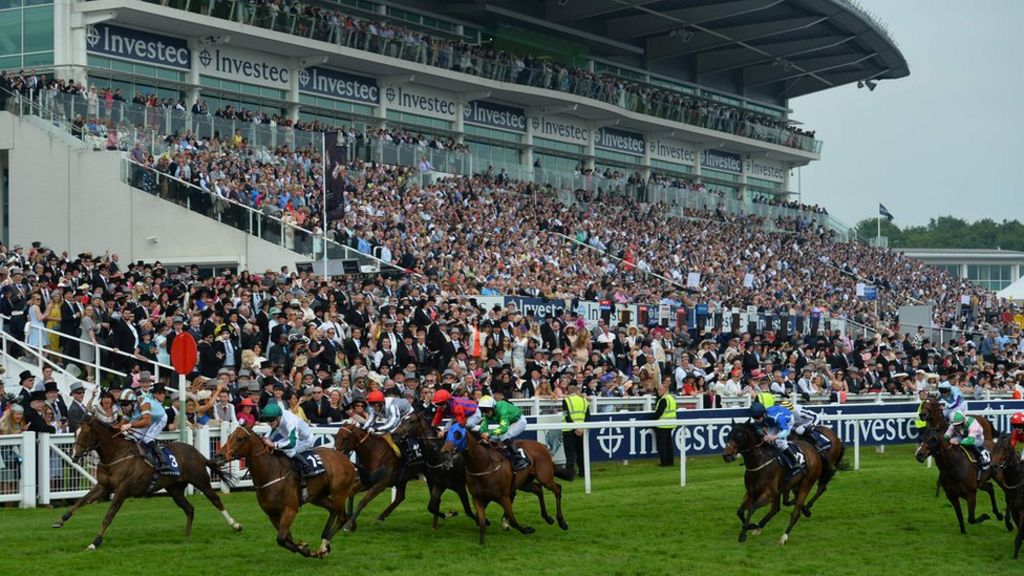 Eleven people were arrested during a fracas at Epsom Downs racecourse after Saturday’s Derby.

Surrey Police said bottles were thrown and two people were injured, including a police officer, in the disturbance near the main music stage at 18:15 BST.

The police officer had a tooth knocked out and was taken to hospital for treatment for facial injuries. He was later discharged.

An 18-year-old man was treated for head and facial injuries at the scene.

Men aged between 18 and 36 from Sutton, Croydon, Caterham and Reigate were arrested, along with four teenagers from London and Epsom.

The arrests were on suspicion of a series of offences including assault, affray and possessing drugs. The suspects remain in custody.

Police have appealed for any witnesses who have information or who may have filmed the fracas to come forward.

Earlier in the day, police made eight other arrests for assaults and public order and drug offences.

Around 100,000 race-goers attended the two-day Derby Festival, which began on Friday with Ladies’ Day and the Investec Oaks.

Post-Brexit deals 'not at price of EU free...

Tube strike: Drivers to go on strike in...