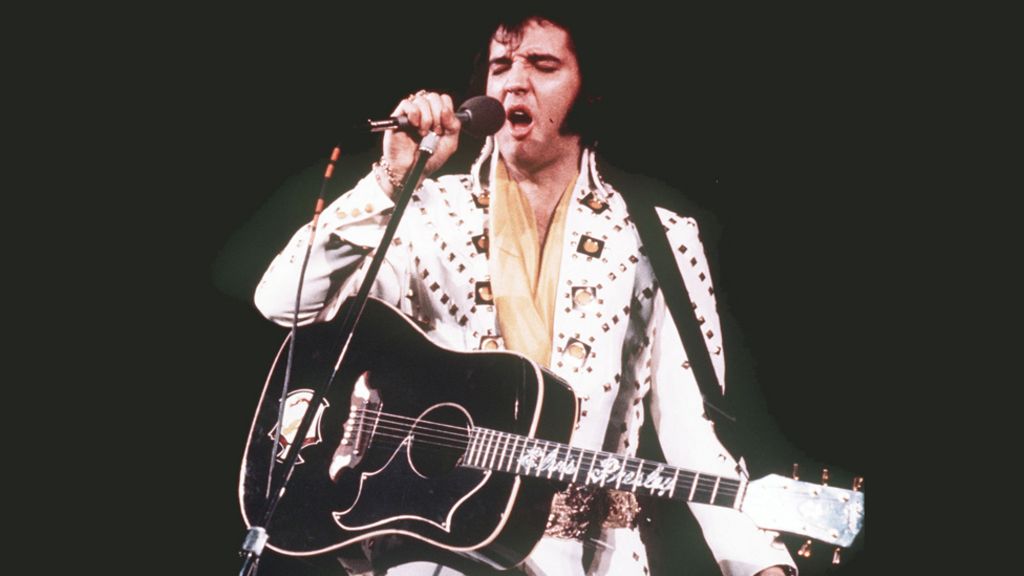 It is thought that Vernon Presley changed the finish on the Gibson Dove to black after his son earned a black belt in karate.

Presley gave the guitar to a fan during a concert in North Carolina in 1975.

Other items in the sale included a red neoprene vinyl jacket which Michael Jackson wore for his 1996-97 HIStory world tour, and Elvis Presley’s first piano.

Lady Gaga’s first piano, which had been valued at $100,000, failed to find a buyer, as did Stevie Ray Vaughan’s Fender Broadcaster electric guitar, which was estimated at over $400,000.