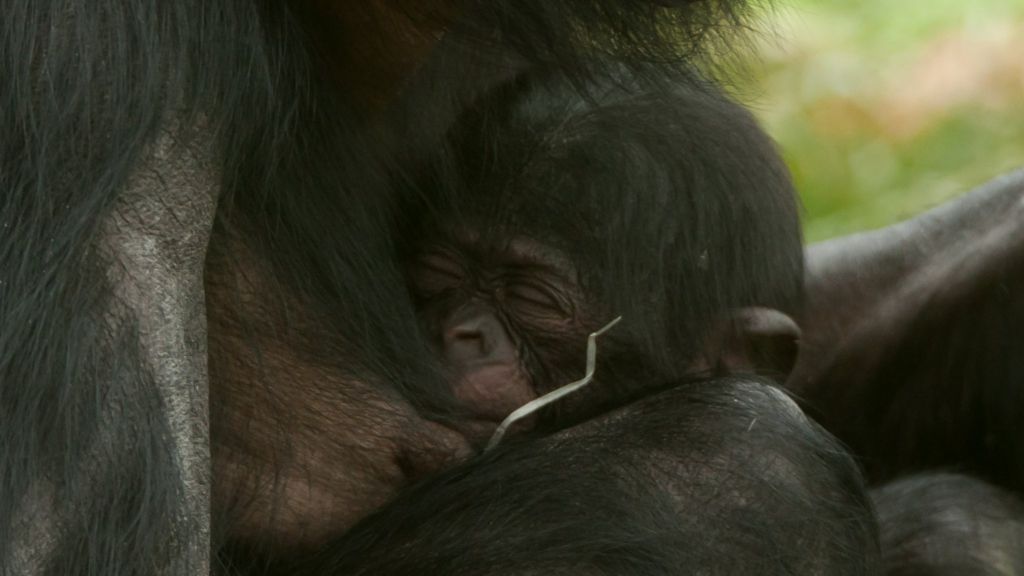 A UK zoo has announced the birth of a bonobo ape – one of only 11 births of the endangered animal in zoos across the world in the last year.

First-time mother Kianga gave birth to the male ape at Twycross Zoo in Leicestershire on 9 February.

Keepers were concerned about its health to begin with as Kianga was not holding it properly to allow suckling.

But Cheka, a more experienced mother, noticed this and showed her how to feed the baby properly.

The newborn, which does not yet have a name, is said to be developing well.

Dr Charlotte Macdonald, director of life sciences at the zoo, said: “We were astonished to find out about the wonderful intervention by Cheka, as it is unique to observe such an important social teaching behaviour.”

Bonobos in declineThe endangered great ape species is found only in the basin of the Democratic Republic of Congo
The number of bonobos found in the wild has been in decline in the past 30 years, according to the International Union for Conservation of Nature
Twycross Zoo has the only group of bonobos in the UK, and currently has 13
The new bonobo, which has not yet been given a name, is the 14th to be born at the zoo
There have been 11 bonobo births in zoos across the world in the past 12 months

Cheka has reared several babies, with youngest, Ndeko, born at the zoo in August.

“It is very exciting to welcome a second baby to our bonobo group in such a short space of time,” said Dr Macdonald.

Dr Macdonald said managing the breeding of bonobos has to be carefully done because of their “promiscuous behaviour”.

“Bonobos use sex as a communication tool, so it is not always used for reproduction, but also to establish social hierarchies, or to avoid potentially aggressive situations,” she said.

Schools to get 'fair funding' formula