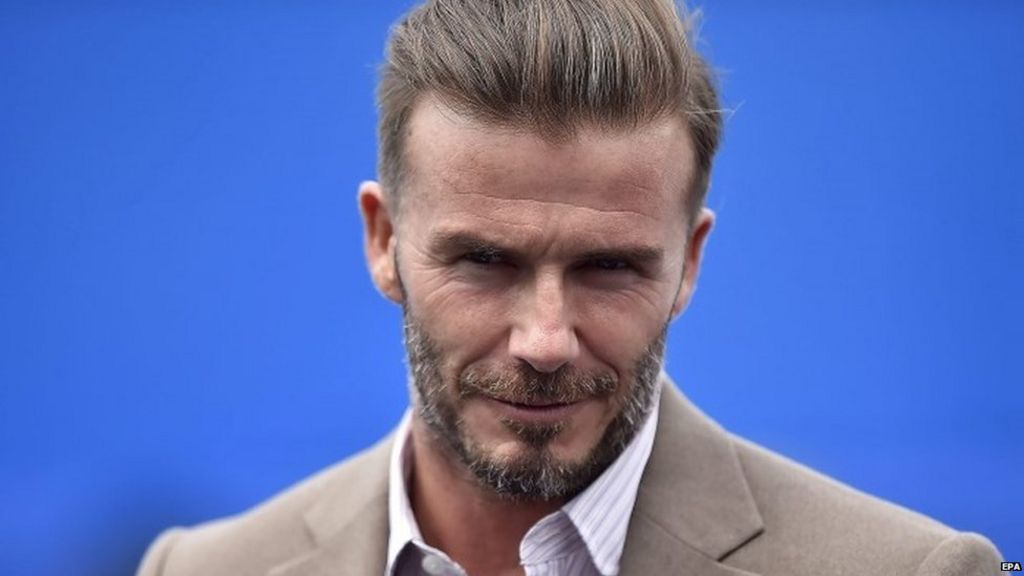 David Beckham has urged people to vote to stay in the European Union, saying the UK should be “facing the problems of the world together and not alone”.

The ex-footballer and Unicef ambassador said people should think of their children and grandchildren before Thursday’s vote.

He said his experience playing across Europe instilled in him the importance of a “vibrant and connected world”.

Vote Leave said they had support from other footballers, like Sol Campbell.

Meanwhile, Victoria Beckham has accused Leave supporters of trying to “misuse” comments she made in the past about Europe.

The UK will vote on whether to remain in the EU or to leave on Thursday.

Mr Beckham – who represented England 115 times and won a host of trophies playing for Manchester United before spells at Real Madrid and LA Galaxy – wrote on Facebook that he respected those who supported Brexit but believed the UK’s future was best served remaining in the EU.

Drawing on his experience on the pitch, he said the heart of Manchester United’s title winning teams in the 1990s may have been English but they would not have achieved so much without the input of players from elsewhere in Europe.

“Now that team might have gone on to win trophies but we were a better and more successful team because of a Danish goalkeeper, Peter Schmeichel, the leadership of an Irishman Roy Keane and the skill of a Frenchman in Eric Cantona.”

He added: “I was also privileged to play and live in Madrid, Milan and Paris with teammates from all around Europe and the world.

“Those great European cities and their passionate fans welcomed me and my family and gave us the opportunity to enjoy their unique and inspiring cultures and people.

“For our children and their children we should be facing the problems of the world together and not alone. For these reasons I am voting to Remain.”

Victoria Beckham said she shared her husband’s views and attacked the Leave.EU campaign after it posted a message on Twitter suggesting she believed EU bureaucrats were “destroying” the UK’s “national identity and individuality”.

It went on to suggest David Beckham “should have listened to the missus”.

Writing on Instagram, the fashion designer said Leave campaigners were “trying to put a spin on quotes made 20 years ago about keeping or losing the pound” which she said had nothing to do with the current debate.

“I have …read more

Time 'running out' for doctors deal

Thousands of courses to be scrapped in vocational...