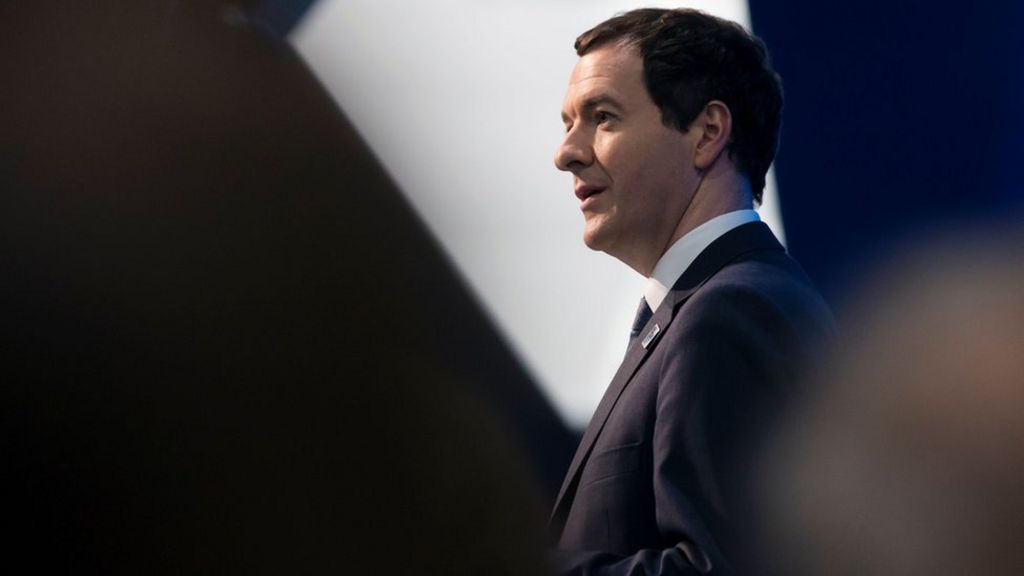 George Osborne says he will have to slash public spending and increase taxes in an emergency Budget to tackle a £30bn “black hole” if the UK votes to leave the European Union.

The chancellor will say this could include raising income and inheritance taxes and cutting the NHS budget.

But a leading Brexit-backing Tory said he was “shocked” the government was threatening to break manifesto pledges.

The UK votes on whether to remain in the EU or to leave on 23 June.

In other referendum news:

Vote Leave set out a roadmap of what the government should do in the aftermath of a vote to leave the EU
The CBI said business groups from countries including Norway, Switzerland and Canada had outlined the “serious shortcomings” in their alternative relationships with the EU
Former health secretary Stephen Dorrell will say a vote to leave would undermine the NHS’s finances
Scotland’s First Minister Nicola Sturgeon warned that the UK voting to leave the European Union could present the risk of a “right-wing Tory takeover”.
A pro-Brexit flotilla, organising by the Fishing for Leave group, will sail up the Thames

In the latest of a series of government warnings about the consequences of a vote to leave, Mr Osborne will share a stage with his Labour predecessor, Lord Darling, setting out £30bn of “illustrative” tax rises and spending cuts.

These include a 2p rise in the basic rate of income tax and a 3p rise in the higher rate, while they will also say spending on the police, transport and local government could take a 5% cut.

They will also say the ring-fenced NHS budget could be “slashed”, along with education, defence and policing.