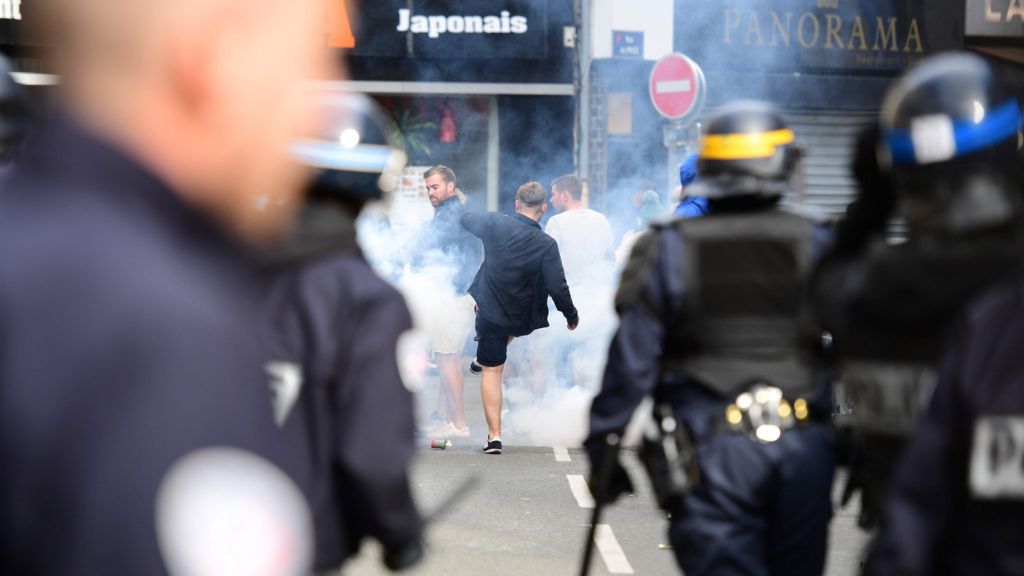 Tear gas has been used against football fans in Lille amid reports of renewed clashes at Euro 2016.

It has not been been made clear which team’s fans were involved. England and Wales fans have been gathering in Lille ahead of their match in nearby Lens.

Russian and Slovakian supporters are also in Lille, after their match at the city’s Stade Pierre-Mauroy.

There are also reports that hundreds of England fans have been surrounded by riot police in the city’s main square.

The fans were then pushed back into the corner of the square by police in riot gear, shortly after the tear gas had been fired at the railway station.

The BBC’s James Reevell, who is in Lille, says the situation now appears to have calmed down.

The Russian football team have already been given a suspended disqualification from the tournament. following attacks by their supporters on England fans at their opening fixture in Marseille on Saturday.

Some workers earning less than four years ago,...