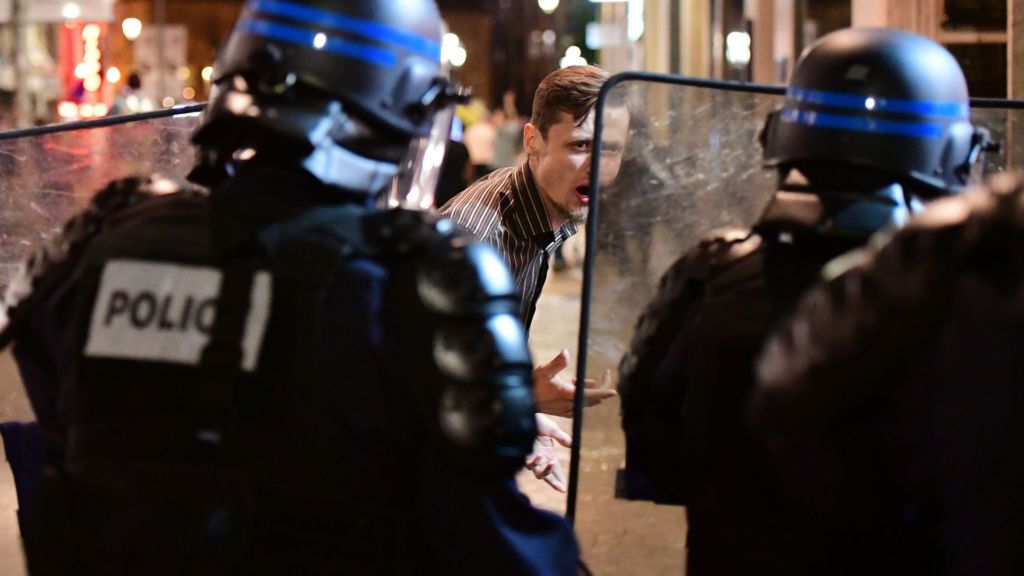 England football fans have been urged to behave responsibly ahead of their match with Wales at Euro 2016 later.

At least 36 people have been arrested following clashes in Lille on Wednesday – where riot police fired tear gas and charged at hundreds of England fans.

Martin Glenn, chief executive of the FA, said England fans should be aware of the “wider” situation in France, where police are facing terror threats.

Uefa this week threatened to disqualify England if there was any more violence.

In a statement, the tournament organiser said it “regrets the skirmishes” in Lille, but added the police had been “quick to restore order and keep the situation under control”.

However, thousands of English and Welsh supporters have been staying nearby in the larger city of Lille – where the latest disorder occurred.

Russian and Slovakian supporters have also been in Lille for their game at the city’s Stade Pierre-Mauroy, which took place on Wednesday.

Some English and Russian supporters were detained after scuffles on Wednesday, when hundreds of England fans were surrounded by riot police in the city’s main square.

Wednesday night’s disorder followed clashes between mainly English, Russian and French fans in Marseilles at the weekend, which resulted in the Russian football team being given a suspended disqualification from the tournament.

Speaking to BBC Radio 4’s Today programme, Mr Glenn said Uefa had focused on disorder blamed on Russian fans inside the stadium in Marseille when it issued the teams with the threat of disqualification.

He said the atmosphere between England supporters and French police in Lille on Wednesday had seemed “to change overnight”.

He called on England fans to show “consideration and respect”, …read more

Murder charge over mum and daughter found dead in Anfield