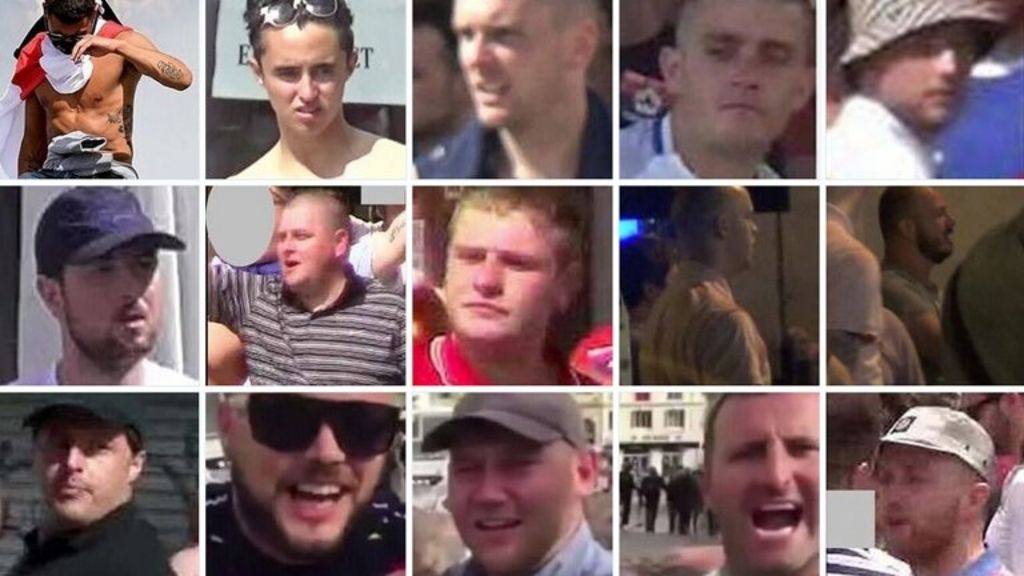 Pictures have been released of 72 England football fans suspected of having been involved in “highly organised” violence in Marseille.

Police are hoping to identify the men involved in the clashes ahead of and during England’s Euro 2016 1-1 draw with Russia earlier this month.

The UK Football Policing Unit also urged people to hand in any photos or video of fighting in the French city.

Fourteen England fans were taken to hospital, two of whom remain there.

One of them, Stewart Gray, 47, from Leicester, was found injured near the Rue Forte Notre Dame area on the afternoon of Saturday 11 June.

Police said he recently opened his eyes after being in a coma, but they have no footage showing how he came to be injured.

He was wearing a blue T-shirt and was part of a group of fans who had gathered in the city centre at about 2.30pm local tim), police added.

Detective Superintendent Andy Barnes said: “We are aware that there were people in the apartment above the incident who we would like to speak to as witnesses.

“They were seen to be taking video footage and this could be crucial evidence.”

Andrew Bache, 51, from Portsmouth, suffered a cardiac arrest, extensive brain injuries and a lung infection after being set upon by Russians armed with iron bars.

Assistant Chief Constable Mark Roberts, of the National Police Chiefs’ Council (NPCC), said: “The violence in Marseille was highly organised and those involved appeared determined to carry out sustained attacks at a level of aggression I have not encountered in the past 10 years.

“We are very aware that this involved a small minority of English supporters.

'Britain's Pompeii' to be 'backfilled'