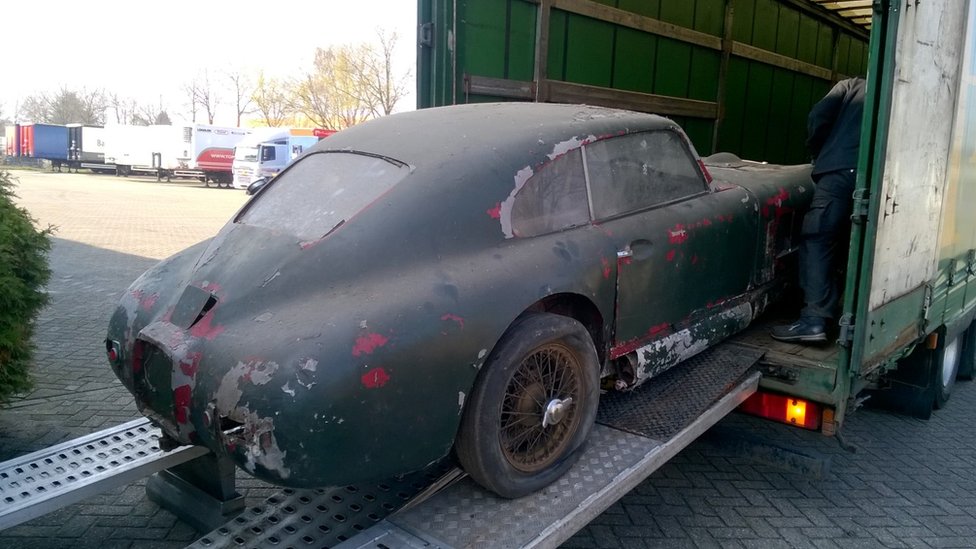 An Aston Martin racing car with “an exceptional history” has been found by police 14 years after it was stolen.

Police used intelligence to track it down to a storage facility in Eindhoven, Holland, in March this year.

The car’s owner at the time of the theft died before it was found so it was returned to a relative. It is being auctioned off for up to £900,000.

Two men convicted of stealing the car in 2003 failed to return to court for sentencing and have never been caught again.

Det Sgt Jo Goodson, from Hertfordshire Police, who travelled to Holland to seize the car, said it was “extremely satisfying” to get the vehicle back.

“It was quite emotional because it’s a lovely car with an exceptional history,” she added.

The green prototype, which was built as a test-bed for the later production of the DB2, was the only one of three Aston Martins in the 1949 race to cross the finish line.

Ashley Mack, who is now the rightful owner, said his relative Christopher Angell had been left “devastated” by the theft of his vehicle.

“Just before he died in 2003 he was still asking ‘has that nice policeman got my car yet?'” he said.

“Even at this stage my heart will be pleased if it doesn’t sell, but my head has to acknowledge that it will cost many thousands to restore.”

The vehicle will go under the hammer at Bonhams’ Goodwood Festival of Speed sale later this month.