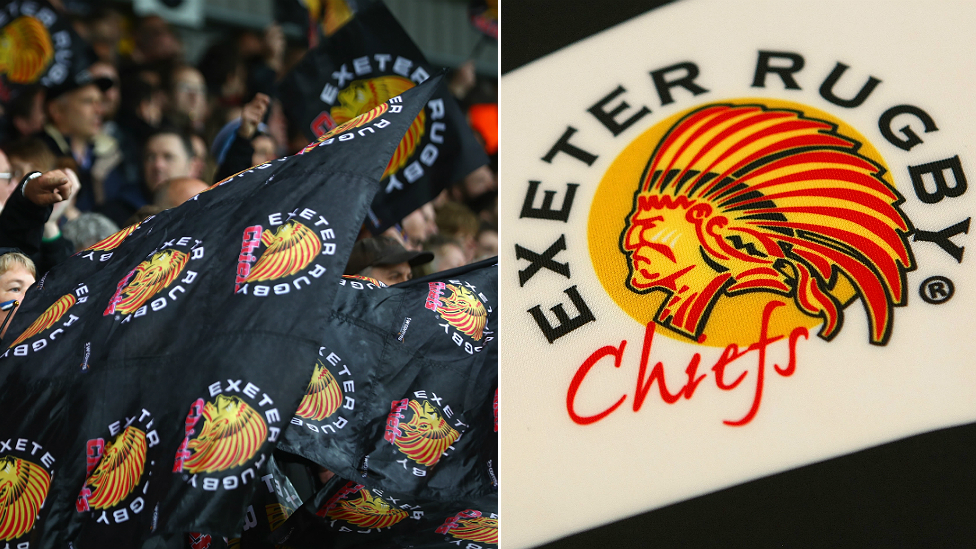 Exeter Chiefs rugby club has been urged to change its name and stop “playing Indian” by an expert in Native American history.

Dr Rachel Herrmann from the University of Southampton has denounced the team, which rebranded as Chiefs in 1999, for its use of Native American imagery.

She said it evoked “Britain’s forgotten imperial American past”.

A spokesman for the club said they had no comment to make on the claims, nor the call to change its name.

In the US, Native American campaigners have been calling on teams like the Washington Redskins to change its name, describing it as racist and offensive.

Dr Herrmann said: “I think changing [Exeter’s] name would be the ultimate step but I don’t know whether that is likely to happen.

“I would at least like to see an engaged discussion between the team and Native American groups that could better explain why the name might be offensive.”

The expert said it also ignores modern Native Americans who no longer dress in that way.

Dr Hermann said it also ignores the protests of Native Americans who has spoken out “against such cultural appropriation”.