Explosives 'sent by police in mix-up' 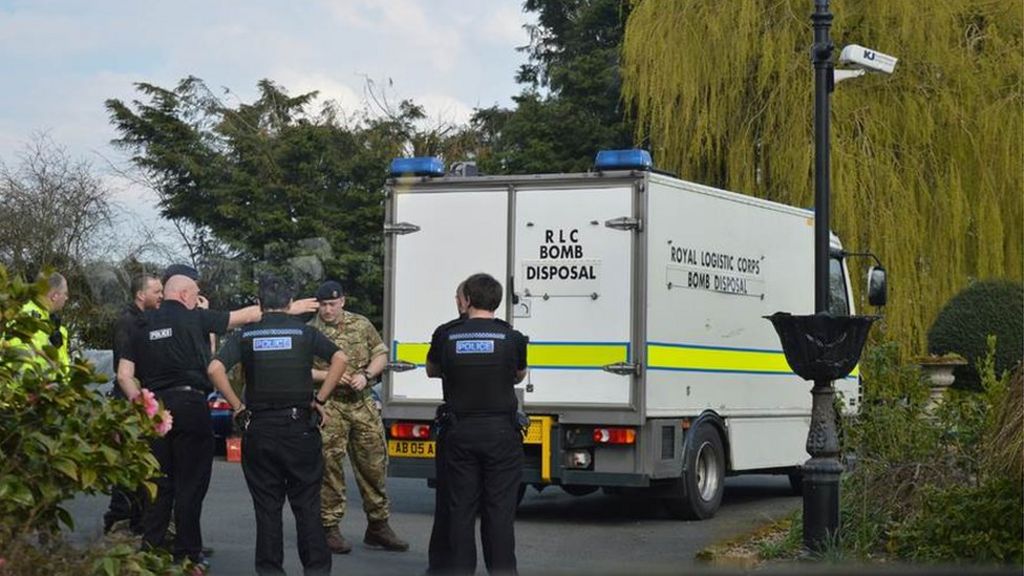 Explosives were sent to a tourist attraction by a police force in a knife amnesty mix-up, the BBC understands.

The British Ironworks Centre was sealed off and a bomb disposal team is due to carry out a controlled explosion.

Forces nationwide had been asked to send knives and other weapons handed into them so the centre could create a “knife angel” sculpture.

But, explosives were discovered at the bottom of a pile of metal sent into the centre in Oswestry, Shropshire.

Police were alerted and an Explosive Ordnance Disposal team from the Ministry of Defence (MoD) was dispatched to the scene, which is also the home of the Shropshire Sculpture Park.

An MoD spokeswoman said two bags of explosives were found and had been moved into a field. It is not clear which force inadvertently made the mistake.

The substance is Gelamex, which is believed to be used as a quarry explosive, she added.

The centre was evacuated and a 100m cordon set up while investigations were carried out.

Joanne Jones, of the centre, said the package was sent as part of its Save a Life, Surrender Your Knife Campaign.

“The organisation is working closely with all UK police constabularies to remove as many weapons off the streets as possible,” she said.

“All weapons collected are being used in relation to the creation of the UK’s Monument against Knife Crime and Aggression – named by visitors as the ‘knife angel’.”

The sculpture will be 20ft high when complete. Tens of thousands of knives have been donated already, with 100,000 needed to finish it.

In a statement West Mercia Police, which was called to investigate the initial incident, said: “[We] were informed shortly before 14:45 BST that a suspected explosive substance had been found in the Aston area of Oswestry.

Man in hospital after house 'blast'