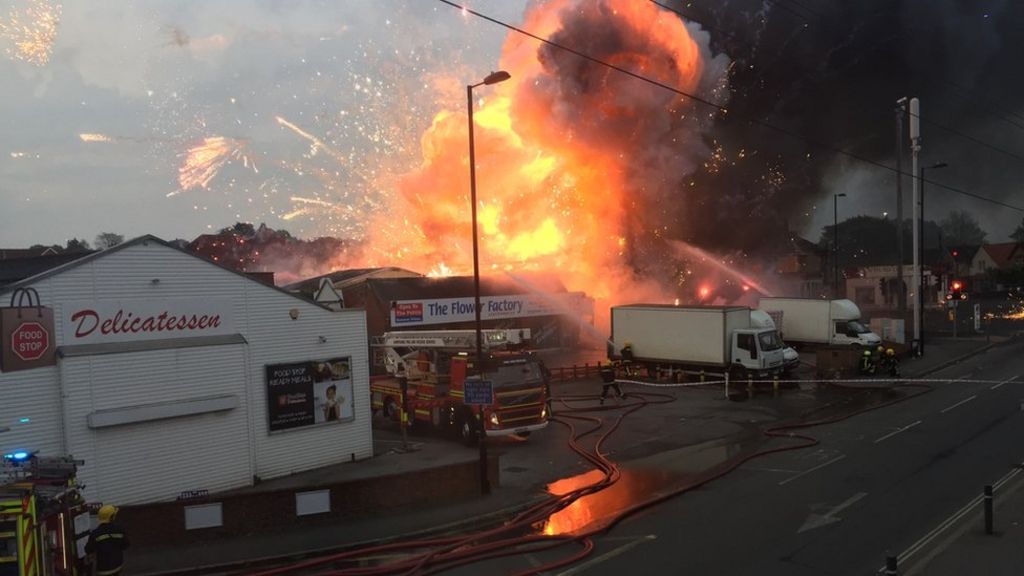 A huge blaze has broken out at a factory, setting off dozens of fireworks stored inside.

Explosives lit up the sky and loud bangs were heard as the fire at the took hold at about 05:05 BST on Bitterne Road West, Southampton.

More than 70 firefighters are at the fireworks factory, Hampshire Fire and Rescue service said. No-one was thought to have been in the building.

Eyewitness Peter Haughton said people had been evacuated from their homes.

The A3024, Bitterne Road West has been closed in both directions while firefighters deal with the blaze.

Tower Bridge to close for repairs

Duke and Duchess of Cambridge head to Paris...