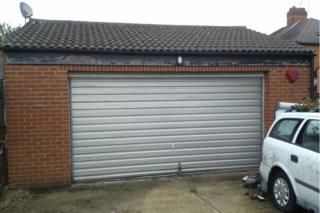 A family with a six-year-old child has been found living in “sub-standard conditions” in a garage with no heating in Leicestershire.

The partitioned space, near Leicester, had no smoke alarms, no adequate fire escape, a broken shower and only one working plug socket.

The tenants told inspectors they were paying as much as £400 a month in rent.