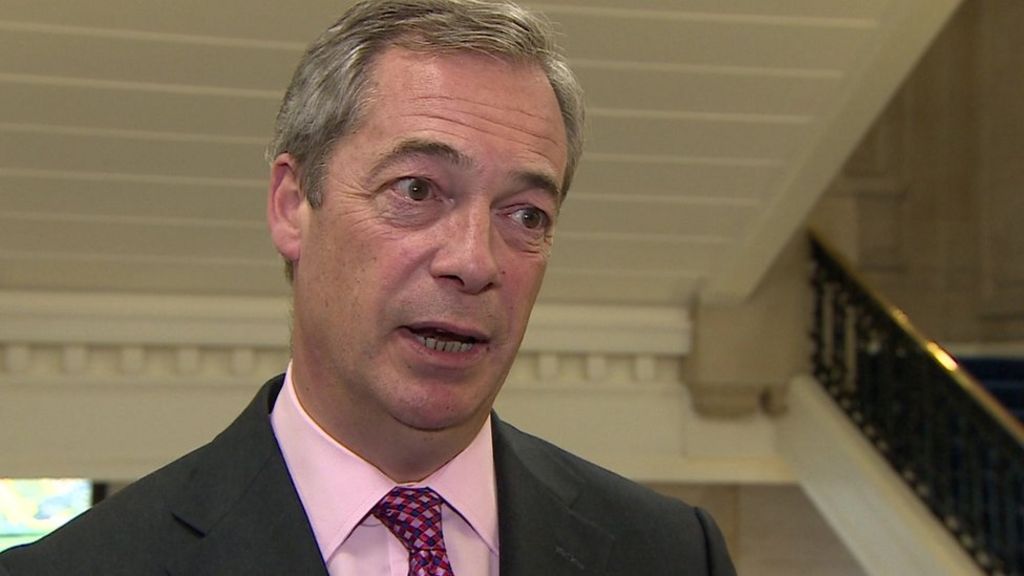 UKIP stands for more than just leaving the European Union, Nigel Farage has said, as the party launches its local elections campaign in England.

He said UKIP offered “plain speaking” in local government and he hoped more of its “free-spirited” candidates would be elected to local councils.

Elections take place across the UK on 5 May.

As well as the local authority elections in England, polls are also being held for the Scottish, Welsh and Northern Irish administrations as well as to elect a London mayor and police and crime commissioners in England and Wales.

A guide to May’s UK elections

UKIP has made big strides in local council elections in recent years, and will be defending about 200 seats this time around.

Mr Farage said UKIP councillors had been “unafraid” to challenge town hall spending and were “free” to represent their constituents as they were not subject to a party whip.

“What you’ve seen from UKIP is plain speaking from local government. What I hope we see on 5 May are more free-spirited councillors getting elected,” he told the BBC.

He insisted UKIP – which has long campaigned for the UK to leave the EU – was not a single-issue party.

“We’re the party that believes in border controls… in giving housing priorities to local people… that local people can call a referendum on an issue that really matters to them,” he said.

“We’re the party that believes every town in the country should have a grammar school opportunity for bright kids that come from poor backgrounds, and we’re the party unafraid to deal with excesses of expenditure – be it at national government or local government level.”

Too 'overweight' to take stairs to court