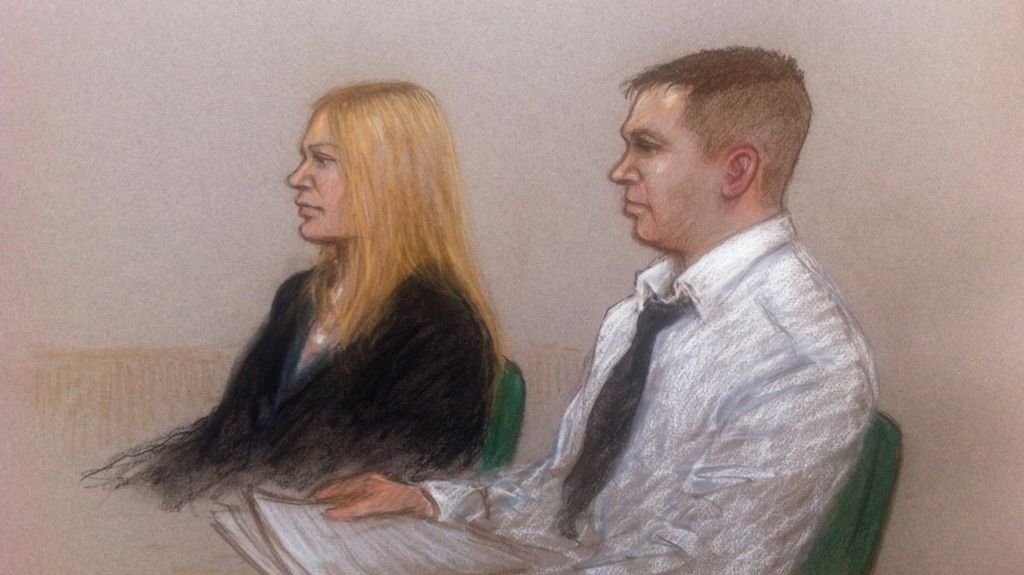 Jurors in the murder trial of a father accused of battering his six-year-old daughter to death have been played the 999 call made by her parents.

A paramedic said Ellie was “cold and blue” when she arrived at the south-west London home in October 2013.

She has admitted a charge of perverting the course of justice by hiding or destroying evidence.

The pair, from Westover Close, Sutton, can both be heard on the phone during the 15-minute 999 call.

The call was made two hours after Ellie Butler suffered her injuries, the Old Bailey had been told.

Mr Butler comes on the phone and is heard swearing as he confirms the couple’s home address for the ambulance, saying Ellie has “fallen down”.

The child’s mother broke down as the call was played in court.

First responder Sarah Hardy told the court she found Ellie in her pyjamas, lying on the floor of her bedroom, as her mother carried out CPR.

The medic said Ellie was “very cold and blue” and had no heartbeat.

When asked what had happened, she said Mr Butler told her “I don’t know. I thought she was in her bedroom sleeping.”

Ms Hardy told jurors she could not understand how Ellie had died until she noticed a “boggy mass” on the back of her head.

She said: “I realised the cause of death was a traumatic cardiac arrest. I had concerns as to how this had happened and called police.”

A neighbour of the couple, Elaine Winson, described seeing a blank expression on Mr Butler’s face as Ellie was taken to an ambulance.

“The mother was …read more

Cross-country commuters to save 'hundreds of pounds'