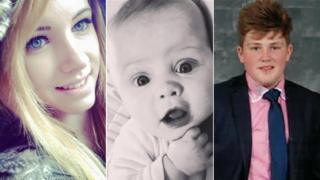 A father accused of murder after a baby and two teenagers died in a fire had threatened to “body bag” people during a row over a moped, a court has heard.

Peter Eyre and his sons Simon, 24, and Anthony Eyre, 22, are alleged to have deliberately started the fire in an act of revenge.

Jurors previously heard Ruby-Grace’s father, 18-year-old Shaun Gaunt, and another teenager who survived the fire were also inside the flat, but had escaped with the help …read more

Australia backpacker stabbing: Suspect 'may have been obsessed'...