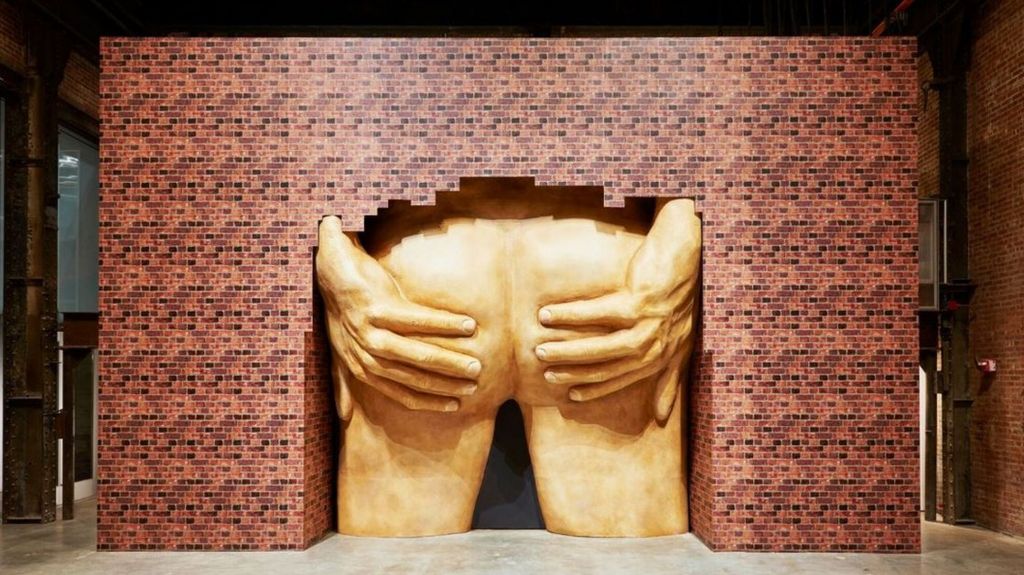 An artist who uses sexual imagery in her surrealist work is one of the four nominees for this year’s Turner Prize.

Anthea Hamilton, Michael Dean, Helen Marten and Josephine Pryde have been selected to compete for the £25,000 prize.

Hamilton has been included for her work that focuses on fetishism, while sculptor Dean was chosen for pieces made from salvaged materials.

The winner will be announced on 6 December after an exhibition of works.

Painter and sculptor Marten’s art is described as “slippery and elusive” and Pryde’s work shows a fascination between art and photography.

Pieces by the shortlisted artists will be shown at the Tate Britain in London from September to January.

The prestigious prize is awarded to a British artist, under the age of 50, considered to have put on the best exhibition of the last 12 months.

Its stated aim is to “promote public debate around new developments in contemporary art”.

Every other year the Turner Prize – which was traditionally always presented at the Tate Britain – has for the last few years sought to move outside London.

In 2017, it will be presented in Hull – next year’s City of Culture – but this year it will again be back in London.

Hamilton lives and work in London. She is nominated primarily for her exhibition at the SculptureCentre, New York, called Lichen! Libido! Chastity! Her work is the most offbeat of the shortlisted artists as it brings in surrealism, comedy and uncompromising sexual imagery. One of her most notable pieces is an enormous sculpture of a man’s bare buttocks.

Hamilton uses a wide range of formats for her pieces and has therefore produced sculptures, installations, performances and video.