It for Others, a video installation by Duncan Campbell

Visitors to this year’s Turner Prize 2014 exhibition will find themselves spending much of their time watching films in semi-darkness.

Between them, they employ audio, video, craft and design – but there is no use of traditional painting or sculpture. 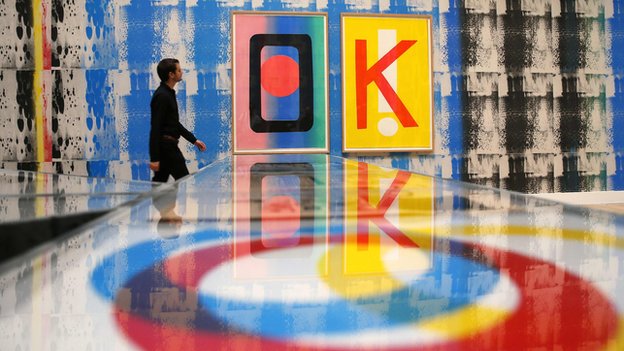 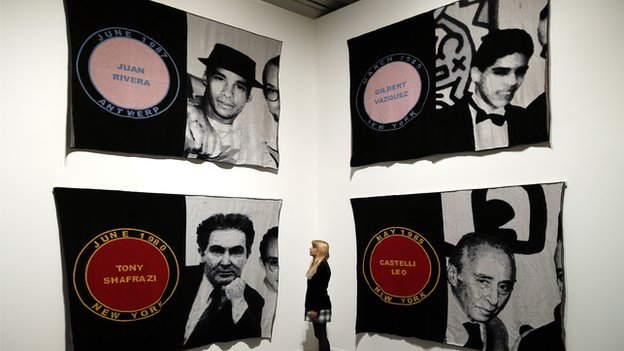 These are juxtaposed with images of sensory tenderness such a flower brushing on bare skin.

The winner, who will receive £25,000, will be announced on Channel 4 by British actor Chiwetel Ejiofor on 1 December.

The artists – three of whom are alumni of Glasgow School of Art – were all nominated for work that has been seen in London, Lyon, Venice and Brussels.

Tate Britain director Penelope Curtis, who chairs the jury, said: “This reflects the mobility of art today, while the prominence of film, performance, and participation reveals an interest in work that adapts according to changing surroundings.” 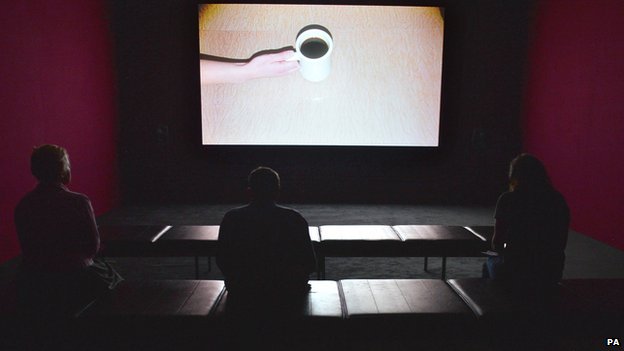