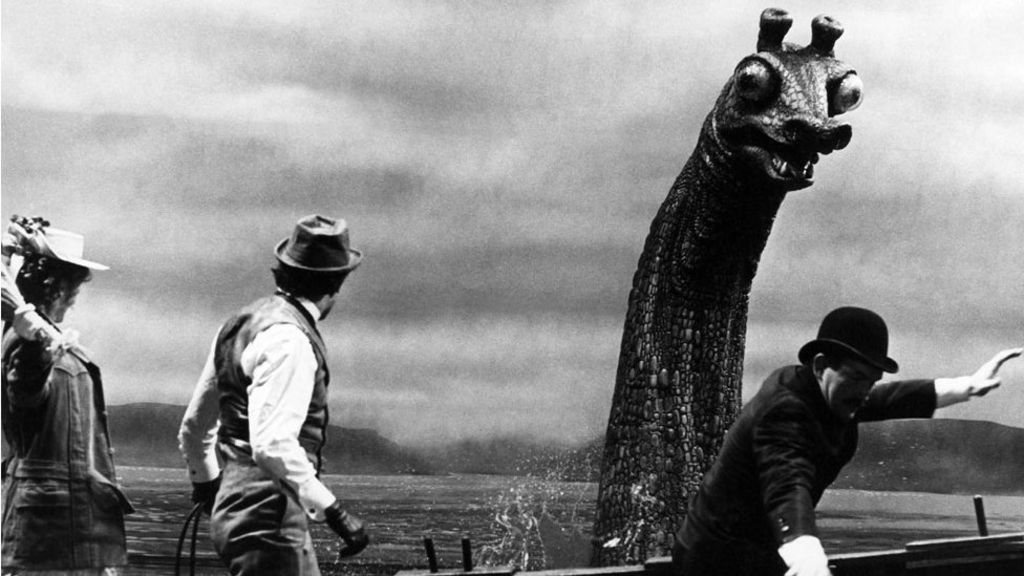 A 30ft (9m) model of the Loch Ness Monster built for a Sherlock Holmes movie has been found almost 50 years after it sank in the loch.

The beast was created for the Billy Wilder-directed The Private Life of Sherlock Holmes, starring Sir Robert Stephens and Sir Christopher Lee.

It has been seen for the first time in images captured by an underwater robot.

Loch Ness expert Adrian Shine said the shape, measurements and location pointed to the object being the prop.

The robot, operated by Norwegian company Kongsberg Maritime, is being used to investigate what lies in the depths of Loch Ness.

VisitScotland and Mr Shine’s The Loch Ness Project, which gathers scientific information on the loch’s ecology and the potential for a monster, is supporting the survey.

Mr Shine told the BBC News Scotland website: “We have found a monster, but not the one many people might have expected.

“The model was built with a neck and two humps and taken alongside a pier for filming of portions of the film in 1969.

“The director did not want the humps and asked that they be removed, despite warnings I suspect from the rest of the production that this would affect its buoyancy.

“And the inevitable happened. The model sank.”

Mr Shine added: “We can confidently say that this is the model because of where it was found, the shape – there is the neck and no humps – and from the measurements.”

The model was floated out to a place in the loch where only a few months earlier claims of sighting of Nessie had been made.

The strange case of the lost Nessie prop

The Private Life of Sherlock Holmes was made in the US and UK in 1969 and released in cinemas in 1970.

It was directed by Billy Wilder, a famous figure of Hollywood’s “golden age” whose long catalogue …read more