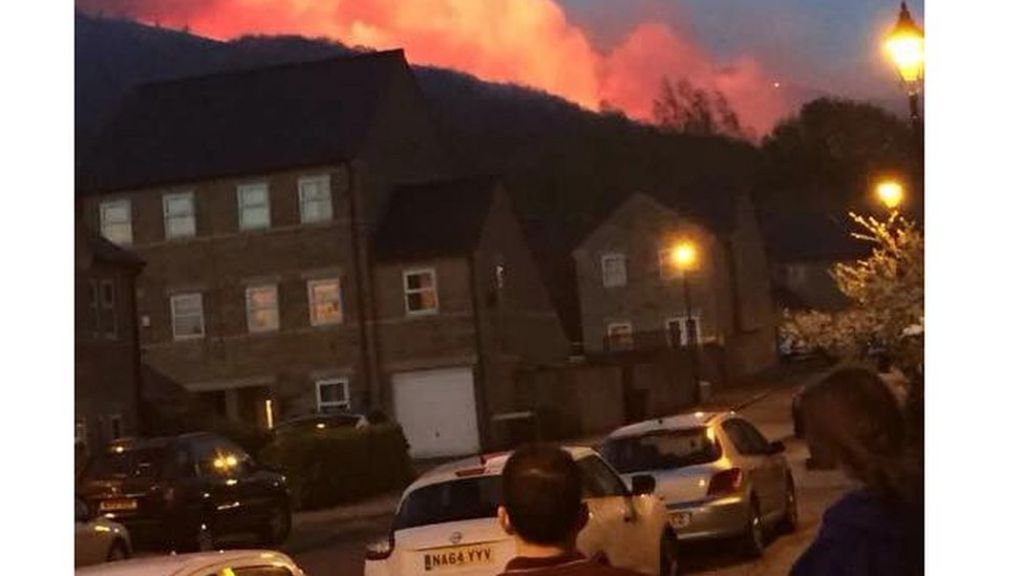 Firefighters are tackling what is believed to be a large grass fire on moorland above homes in Greater Manchester.

They were called out to Carrbrook, Stalybridge, on Sunday evening as fire spread above the town.

Dave Tate, of the Facebook group Stalybridge Town, said the flames had been spreading across the hills of Buckton Castle.

He warned residents to stay away from the fire and allow fire crews space.

Some residents spoke of their shock at the dramatic scenes, although it is believed that no-one has been injured.

Reconstructed face of Robert the Bruce is unveiled

Ambulance equipment 'out of date'