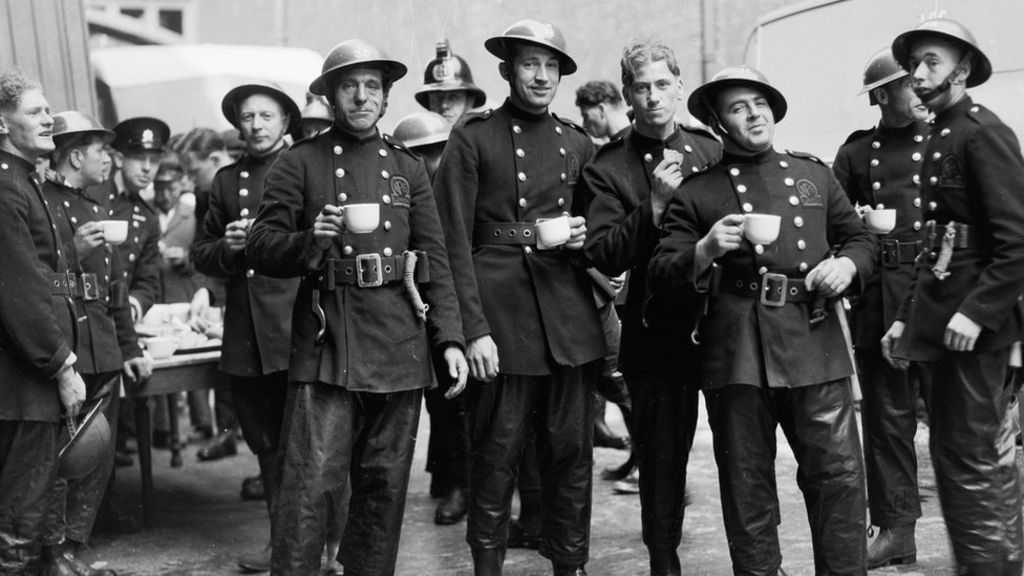 Nostalgic photos showing the heroic actions of firefighters from London Fire Brigade have been released to mark its 150th anniversary.

Snapshots from the 1950s show crews saving lives during World War Two, assisting at road accidents and even taking a well-deserved tea break.

London Fire Commissioner Ron Dobson said there was “great affection and trust” in the brigade.

Soho fire station opened in 1699, making it the oldest in the city.

The first known London Fire Brigade was run by an insurance firm at “Tom’s Coffee House” in nearby St Martin’s Lane in 1699.

Bombs on the Tube

Back then, firemen would leave a house to burn unless it bore a plate showing the owners were insured, the brigade said.

But after a blaze at a warehouse in Tooley Street in Southwark destroyed buildings a quarter of a mile away and killed their superintendent, the insurance companies asked the government to take over and The Metropolitan Fire Brigade was formed in 1866.

London Fire Commissioner Ron Dobson said: “Londoners have a great affection and trust in the brigade and that is down to the huge professionalism of firefighters past and present.”

Sixty-five drop-in open days are being held over the course of the year at fire stations all over London to mark the anniversary.

Man jumps off The Shard with parachute

Watson loses to Williams in thriller