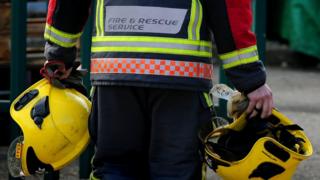 Plans to allow fire and rescue services in England to be overseen by police and crime commissioners have been called “dangerous” by the Fire Brigades Union.

The Home Office is due to take control of fire and rescue policy in 2016, with the government consulting on emergency services working together more closely.

Ministers argue it could lead to large savings and benefits to the public.

But the FBU said PCCs governing fire and rescue services would cause the “fragmentation” of emergency services.

Currently fire and rescue services are overseen by a body made up of local councillors.

The government has said it wants to see a more joined-up approach in the way police and fire services work together.

It has argued that at a local level better collaboration could lead to more efficient services and savings in areas like back office staff and IT.