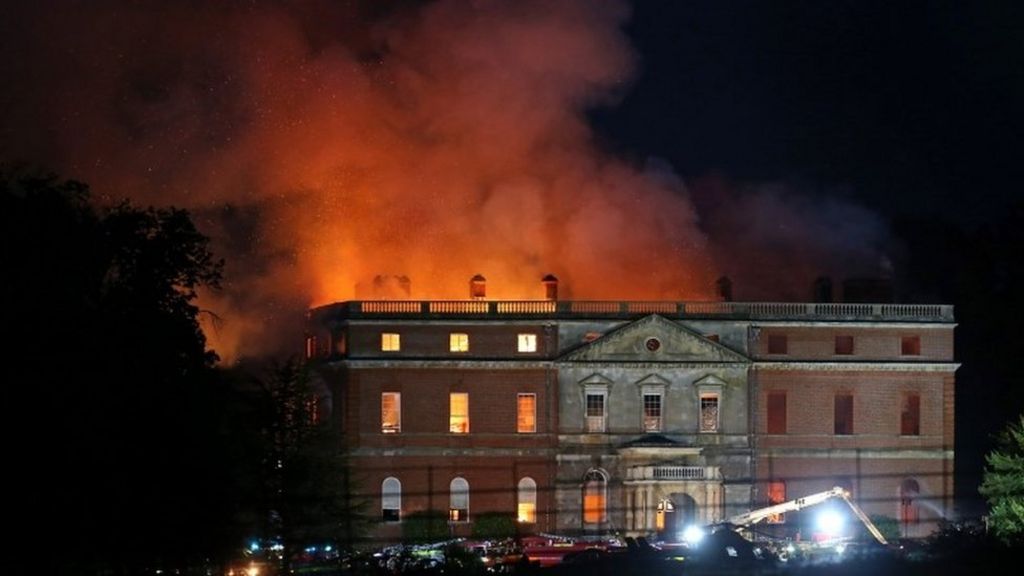 Work to salvage the 18th century Clandon Park House which was ravaged by fire a year ago has been praised by The National Trust.

The stately home in Surrey was nearly destroyed by the blaze, but an emergency operation saw many of the antiques saved.

The trust vowed to restore the building after assessing the damage.

Project lead Sophie Chessum said the debris clearance had entered its final stage at the Grade I listed house.

She said the trust will be launching a competition to choose an architect in the coming months.

She said: “The restoration project represents one of the most significant and ambitious projects the National Trust has ever undertaken.

“The fire was shocking, but we now have the opportunity not only to show our respect for the heritage of the past, but also to create a new legacy for the future.”

Investigators concluded the fire last April was accidental and the probable cause was a defect in an electrical distribution board located in a cupboard in the basement.

The trust said precious items were still being recovered and cleaned, most recently an 18th century Chinese porcelain rabbit.

About 95% of the mansion near Guildford was damaged.

The Trust plans to restore some ground floor rooms and use upper floors for exhibitions and events.