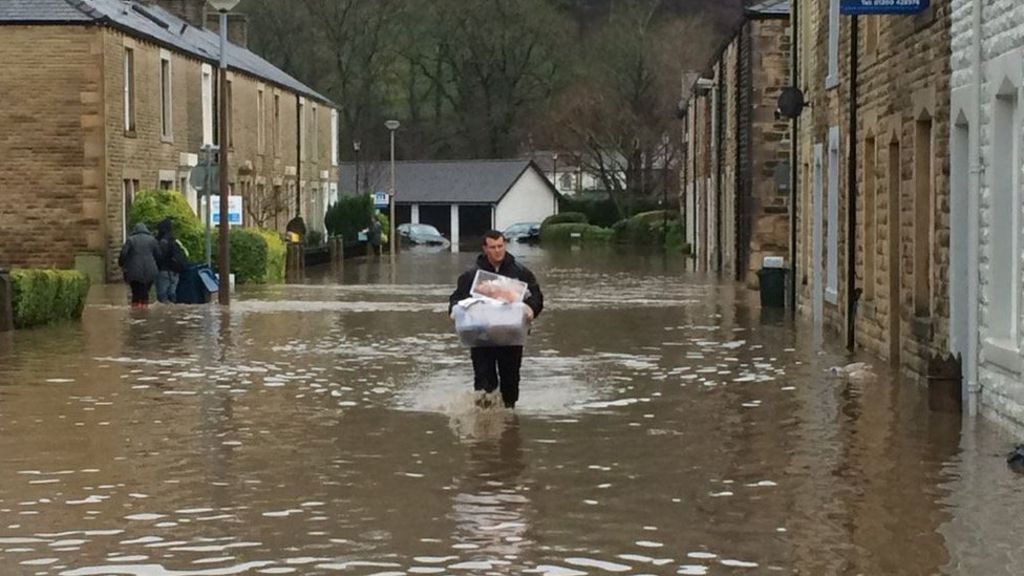 An appeal to help people affected by flooding in Lancashire has raised £1m in four months after the government matched funded donations.

Storms in December led to residents being evacuating and damaged several businesses.

Community Foundation for Lancashire launched the appeal, with most online donations received when Storm Eva hit the county on Boxing Day.

It said the response had been “phenomenal”.

The total cost of the floods in Lancashire and neighbouring Cumbria is estimated to have run into hundreds of millions.

The charity, which set up the Lancashire Flood Appeal, said they had received donations from across the UK including from Comic Relief, a national newspaper appeal and regional water firm United Utilities.

Chief executive Cathy Elliott said the donations would help “those in greatest need and vulnerable people affected by flooding, as well as new community-led work”.

So far, about £490,000 has been used for clean-up work, repairs to the homes of vulnerable people and on replacing items such as fridges and clothing, a charity spokesman said.

Donations will also go toward supporting flood response groups in the future, he added.

An event to thanks residents and donors will be held on Friday in Whalley, which has received the biggest number of the appeal’s grants so far.