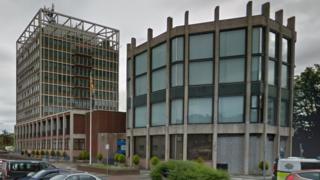 From the section Cumbria

Carlisle City Council needs to make £1.2m savings this year and more than £4m over the next four years, it said

A council in one of the areas worst-hit by recent flooding has halted plans to spend £125,000 on consultants’ fees amid concerns the “extremely large amount of money” was not justified.

The authority’s scrutiny panel said it had “very little information” about the decision, which it will discuss later.