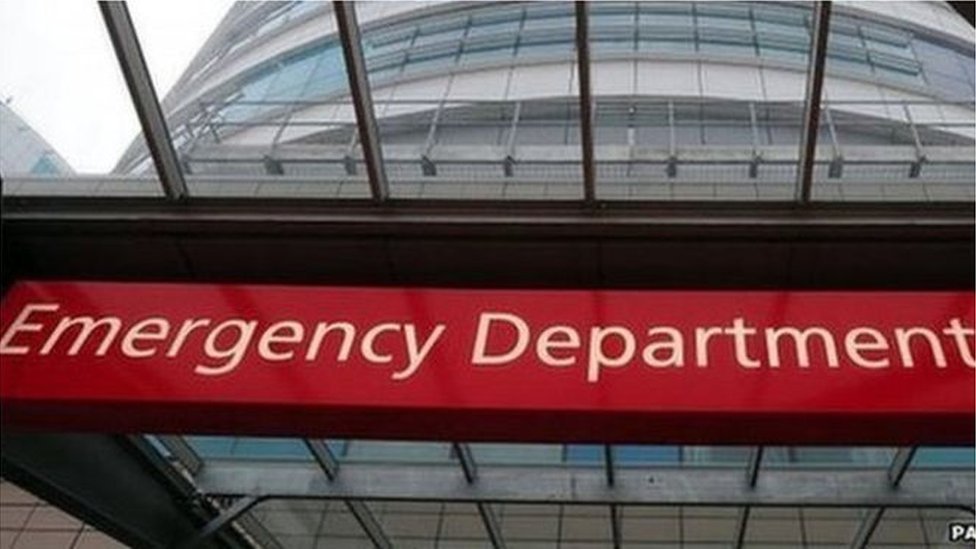 A hospital has declared a “major incident” after more than 5,000 litres of rainwater flooded its accident and emergency department.

Heartlands Hospital in the Bordesley Green area of Birmingham said affected patients have been transferred to other areas of the hospital.

Heavy downpours caused disruption across the city from about 13:30 BST.

West Midlands Fire Service said it took 120 “weather-related calls” in two hours in addition to other calls, including dealing “with over 5,000 litres of water” at Heartlands Hospital.

Parts of the Bullring shopping centre were sealed off after rainwater leaked through to the ground floor.

The connecting passage to Grand Central was also affected, with shoppers tweeting videos of people dodging drips from the ceiling.

Meanwhile, the Library of Birmingham is considering whether to reopen tomorrow after a flooded stairwell forced a temporary closure.

The fire service said it attended an emergency callout in Upper Gornal where a lightning strike to a TV aerial caused a fire affecting three properties. Nobody was injured.

Waterlogged streets across Birmingham and the Black Country were causing travel disruption.

Birmingham New Street Station has warned commuters should “expect delays and alterations” to their services.

Trams were stopped between West Bromwich Central and Handsworth Booth Street due to weather conditions.

The Environment Agency is warning more heavy showers are expected over the next few days.