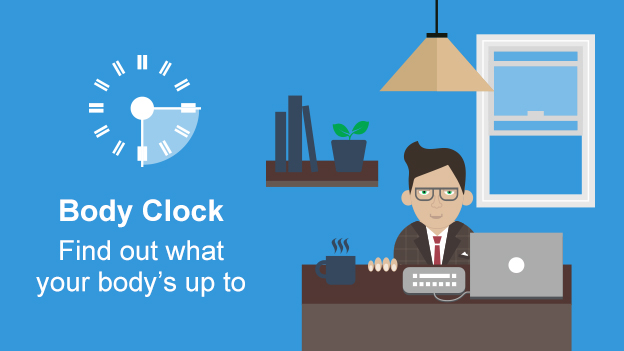 Morning flu jabs provoke a stronger immune response than those given in the afternoon, a study shows.

The trial at 24 doctors’ practices found people vaccinated before lunch produced the most defensive antibodies.

The University of Birmingham team suggested immunising people in tune with the body’s natural rhythm could be a cheap way to save lives.

Experts said the study may mark the dawn of making use of “the body clock in the clinic”.

Our internal clock alters our alertness, mood, physical strength and even the risk of a heart attack in a daily rhythm.

And our immune system also waxes and wanes through the day.

Find out what is happening in your body right now

I think it’s fantastic, the idea of an intervention this easy to do and free is unheard of in terms of trying to change NHS practiceDr Anna Phillips, University of Birmingham

One month later, patients vaccinated in the morning had produced significantly more antibodies against two of the three flu strains in the jab.

Similar antibody levels were produced for the third strain, the results in the journal Vaccine showed.

Dr Anna Phillips, one of the researchers from the University of Birmingham, said the results were meaningful and doctors should “definitely” think about performing flu jabs in the morning.

She told the BBC News website: “A lot of surgeries just try and fit in vaccination anyway so it’s not going to risk any patient, it’s not going to cost anything and even if we’re wrong you’ve nothing to lose by doing this.

“I think it’s fantastic, the idea of an intervention …read more