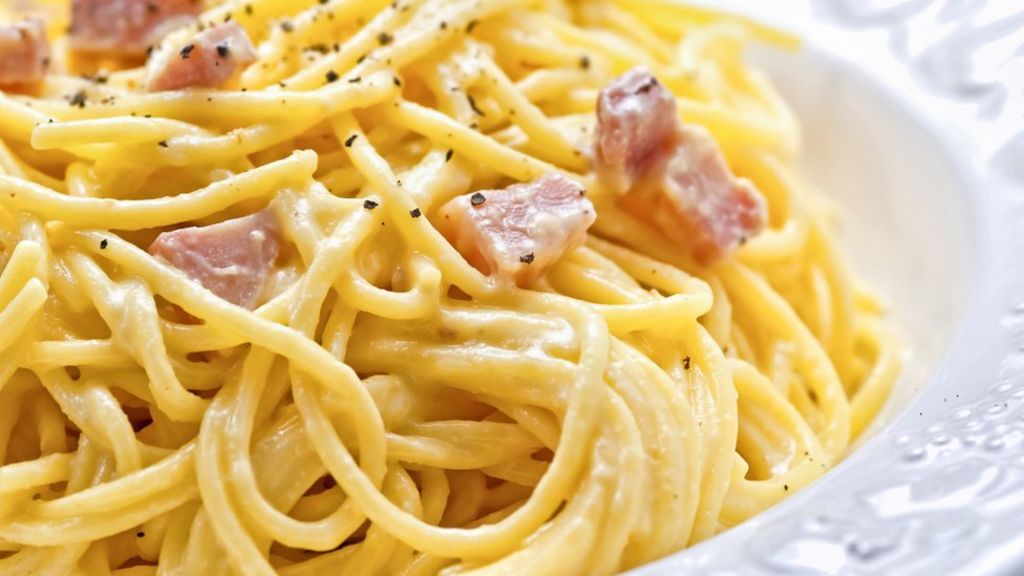 The firm behind Dolmio pasta sauces and Uncle Ben’s rice says some products should only be consumed once a week due to high salt, sugar or fat content.

Mars Food said it would distinguish between “everyday” and “occasional” items on packs and on its website.

The company said some foods were higher in salt, sugar or fat to maintain the “authentic” taste of products.

The advice is part of its Health and Wellbeing Ambition to “create and promote healthier food choices”.

Mars told the BBC that just 5% of its products would be labelled “occasional”.

These include Dolmio lasagne sauces, pesto, and carbonara and macaroni oven kits.

‘More work to do’

Mars said its website would be updated over the next few months with a list of “occasional” products to be eaten not more than once a week, and “everyday” ones.

Those products, including Uncle Ben’s oriental sauces, are to be reformulated over the next five years to cut salt, sugar or fat.

Shoppers will see the new guidance appearing on websites in the coming months.

Mars said its “nutrition criteria” has been developed based on recommendations from leading public health authorities such as the World Health Organization.

It supports the salt-reduction strategies of bodies such as the UK Food Standards Agency, Department of Health and US Food and Drug Administration (FDA), it added.

Fiona Dawson, a global president of Mars, said: “Our nutrition criteria sets a very high standard for our products, and we also want to help our consumers understand the difference between ‘everyday’ and ‘occasional’ products within a balanced diet.

“The food industry has already made great strides in reducing sodium, but we have more work to do to help consumers reduce sodium intake.

“We support release of the US FDA’s draft sodium reduction guidance, because we believe it’s important to begin a stakeholder dialogue about the role …read more