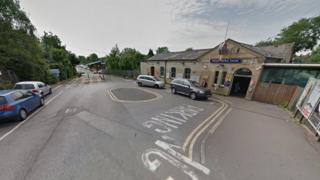 Arsenal supporters have paid tribute to a “legendary” 90-year-old fan of the club who died after he was blown by the wind against a bus in north London.

Ernie Crouch is thought to have been caught by a gust and blown off the pavement near Finchley Central station on Saturday.

Emergency services were called, but Mr Crouch died at the scene a short time later.

Fans said he had been on his way to Arsenal’s match against Sunderland.