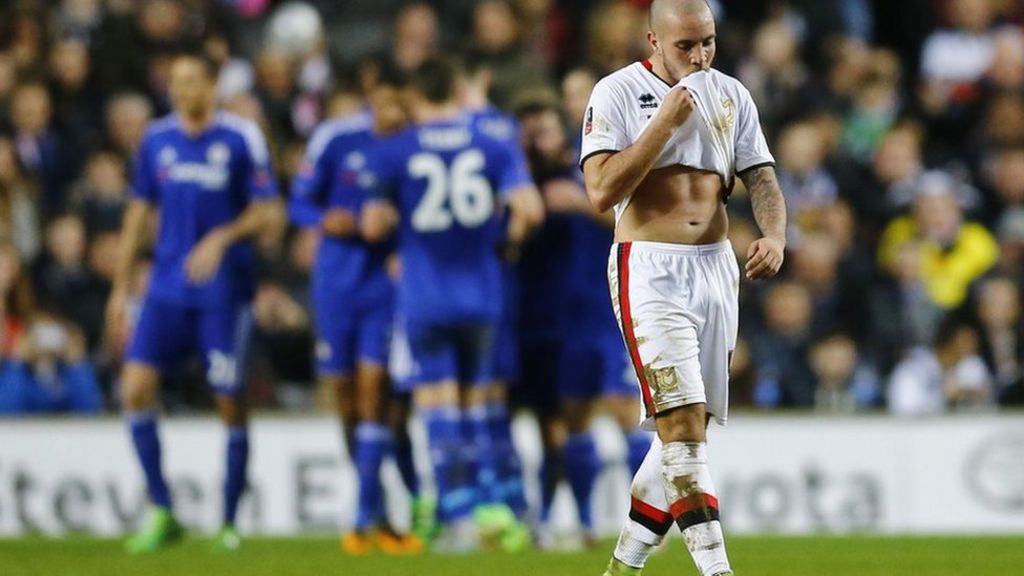 Championship football club Milton Keynes Dons has launched an investigation after one of its players was pictured appearing to urinate into a glass at the Cheltenham Festival.

Midfielder Samir Carruthers is said to have been caught by a photographer as he relieved himself on a balcony.

Mr Carruthers, 22, was surrounded by race goers at the prestigious meet.

MK Dons said in a statement: “The club has commenced an internal investigation into the matter.”

Further images show a glass of liquid being poured over a balcony railing by another man in the group containing Mr Carruthers.

A spokesman for MK Dons – currently just one point above the relegation zone in the second tier of English football – said neither Mr Carruthers nor any other MK Dons player threw liquid over the balcony.

The four-day Cheltenham Festival is one of the highlights of the horse racing season, with the Queen’s granddaughter Zara Tindall and the Countess of Wessex among the guests at this year’s event.

Officers on notice over abuse cases