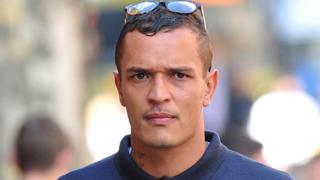 A Sunday League footballer who deliberately stamped on an opponent’s leg, breaking it in several places, has been jailed for a year.

The 30-year-old victim, Stuart Parsons, had been arguing with one of Kerr’s team-mates just before the incident in Stockport last August, the court heard.

Mr Parsons had reconstructive surgery on his right ankle and spent weeks in hospital after the assault.

The pie at night: Meat and potato treat...