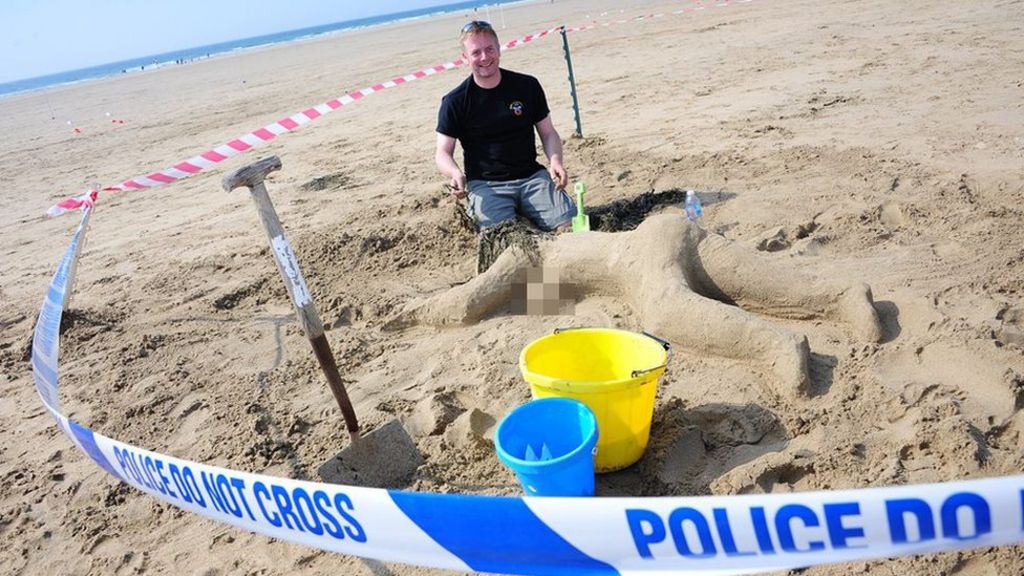 A police force has apologised after its officers made a sandcastle “crime scene” featuring a naked dead woman.

But Devon and Cornwall Police was criticised after boasting officers tweeted about their victory.

The force said it was a “fun event” and officers had not intended to cause any offence.

Ms Toms acknowledged officers had intended to be “light-hearted” but said the sandcastle “somewhat misses the mark and is in a bit of poor taste”.

“I like a joke as much as the next person but this is a family beach event,” she said.

“As a parent I would not be very happy to explain to my child what it was all about.

“It’s trivialising quite a serious matter.”

Ms Toms added: “I think there’s a level of sexual stereotyping with the large bottom and the large breasts. Police have been working really hard to break down barriers on reporting sex crimes and I don’t think this image really helps their cause.”

Reaction on social media was mixed, with some defending the sandcastle.

Hazel Jago said on Facebook: “So it’s a team of police officers representing the type of work they deal with. What’s the problem!? There is always someone that will whinge about something.”

A spokesman for Devon and Cornwall Police said: “If any offence has been cause by the nature of the sculpture, this was never intended and we apologise for that.”