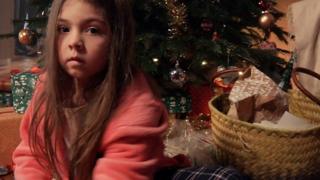 Refuge said the campaign “gives a voice” to children, the “silent witnesses” of abuse

Children, described as the “forgotten victims of domestic violence”, have been put at the centre of a Christmas campaign by the charity Refuge.

It said some 750,000 children witness domestic violence each year, which can have a “profound and lasting impact”.

The charity has launched a video campaign on Facebook, encouraging viewers to raise funds and awareness by sharing the hashtag #givethemrefuge.

One in four women in the UK experience …read more

Labour rivals on TV to set out bids...