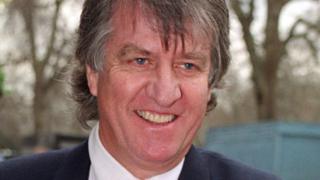 Former BBC DJ Ed “Stewpot” Stewart has died at the age of 74, a few days after having a stroke, friends have said.

Rocky Taylor, a friend of 40 years standing, said the former BBC radio DJ and Crackerjack presenter had died in hospital in Bournemouth.

Director of BBC Music Bob Shennan said Stewart had been a “stalwart” of popular music broadcasting.

Mr Shennan said Stewart’s shows had been enjoyed by millions of listeners.

Stewart’s BBC Radio 2 colleagues were extremely saddened, he said, adding: “We are thinking of Ed’s friends and family at this difficult time.”

Stewart’s fellow DJ from his early days on pirate radio, Tony Blackburn, who also went on to Radio 1, said Stewart would be missed.

Lil Kesh – Is it Because I Love You [Official Video] ft. Patoranking