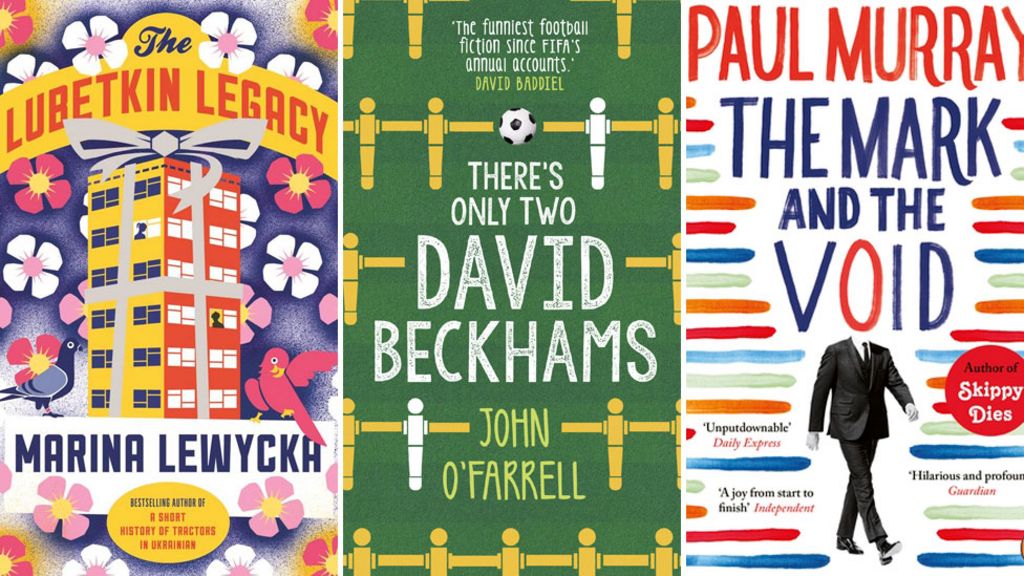 Marina Lewycka, Paul Murray and John O’Farrell are among the authors vying for an award celebrating the year’s funniest novels.

The annual Bollinger Everyman Wodehouse Prize is given to the book considered to best capture the comic spirit of PG Wodehouse.

Lewycka, shortlisted for The Lubetkin Legacy, was the 2005 winner with A Short History of Tractors in Ukrainian.

The winner will be announced ahead of the Hay Festival which begins 26 May.

“There’s writing that makes you laugh out loud, and truths told that make you shriek with delight and recognition. The marvel of the shortlist is that all of these books will give you 10 hours of joyful company.”

The five shortlisted novels are:

The Sellout by Paul Beatty (Oneworld)

Set in Dickens, California, a town that is literally wiped off the map. To right this wrong, the narrator starts a campaign to restore the town to glory by the most outrageous action conceivable: reinstating slavery and segregating the local high school.

Sara Pascoe: “The meaty dynamism of Beatty’s language and his fiery intellect combine to take literary comedy in an exciting and hilarious new direction.”

A look at the pitfalls of North London life in the 21st century.

Jim Naughtie: “Marina Lewycka creates another upside down world in The Lubetkin Legacy. Her ear catches everything, and she never loses her love of the absurd. A warming, funny story.”

The Mark and the Void by Paul Murray (Hamish Hamilton, Penguin)

The story of two Dubliners: Claude, a banker who decides to rob his own bank and struggling novelist and crook Paul, who helps him do it.

Peter Florence: “Murray’s setup is funny, the elegant zip of his sentences make you smile, his novel is an achingly topical, clever, delightful tale of folly and delusion. We loved it.”