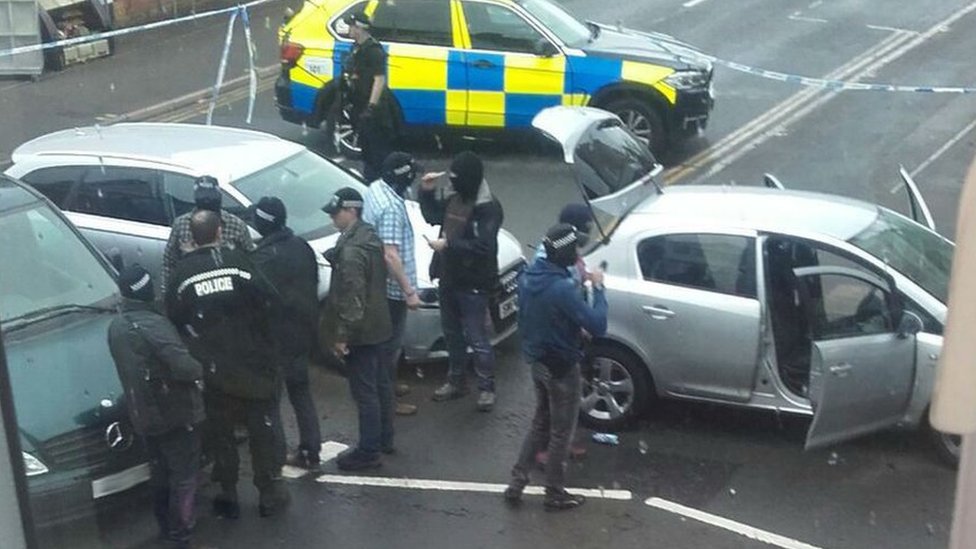 Police hunting for a convicted murderer who escaped custody in Liverpool have arrested four people in Dorset.

Armed officers hunting for Shaun Walmsley arrested the four men during a swoop on a car in the Canford Cliffs area of Poole on Friday afternoon.

Dorset Police said Walmsley was not one of the arrested men.

A spokesman said: “During the planned operation, specialist officers discharged tyre deflation rounds directly into the tyres to stop the vehicle and arrest the four men.

“Nobody was injured in the incident and no other weapons were discharged.”

The men – two aged 24 and two aged 25 – were arrested on suspicion of assisting an offender and are being questioned by police in Merseyside.

Walmsley was getting into a cab with prison officers outside Aintree Hospital on 21 February when he was sprung from custody by two armed men.

He is one of four men serving life sentences for the “vicious and savage” stabbing of Anthony Duffy in 2014.

Described as “highly dangerous”, he was handed a life sentence with a minimum term of 30 years.

'Wards run down' ahead of Devon Hospital bed closures