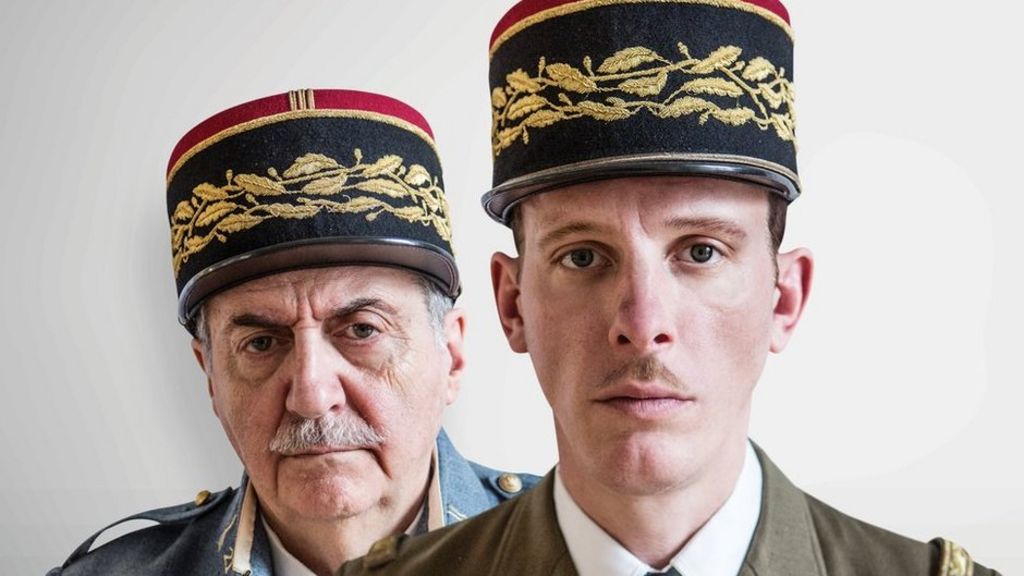 Actor Laurence Fox has apologised for swearing at a heckler during a play at London’s Park Theatre on Tuesday.

The ITV Lewis star cursed at the man who had been muttering and swearing audibly in the front row.

Fox, who is playing French statesman Charles de Gaulle in The Patriotic Traitor, stopped acting, swore back and refused to continue.

But he told Radio 4’s Today programme he was sorry and should have dealt with the situation better.

“Can I just start by apologising to the other 199 people in the theatre for my use of language,” said Fox on Thursday’s programme.

“It was a very emotional part of the play and I was very upset about it and am upset about how I behaved.”

The Patriotic Traitor centres on the relationship between French president de Gaulle and the politician Philippe Petain, played by Tom Conti, during World War Two.

Formerly close friends, the two men ended up on opposite sides in the conflict.

Fox told Today that the audience member had “started muttering and heckling” early on in the play.

“It became so loud and impossible to deal with,” the actor explained.

But he went on to acknowledge that he should have handled things in a different way rather than start swearing himself.

“I really should have had a little speech prepared and gone: ‘Excuse me sir, you can either leave, or whatever’. But instead, in the heightened emotion of the thing, I told him to er…”

Fox added: “The dynamic of the theatre and the storytelling process to me seems that there is a fourth wall through which the audience watch… therefore if someone is hell-bent on heckling they are ruining it for everybody… it becomes an unperformable play.”

Fox said he had spoken to his actor father James after the performance, who had advised him to “prepare a …read more

Sir Elton John and Putin will not meet