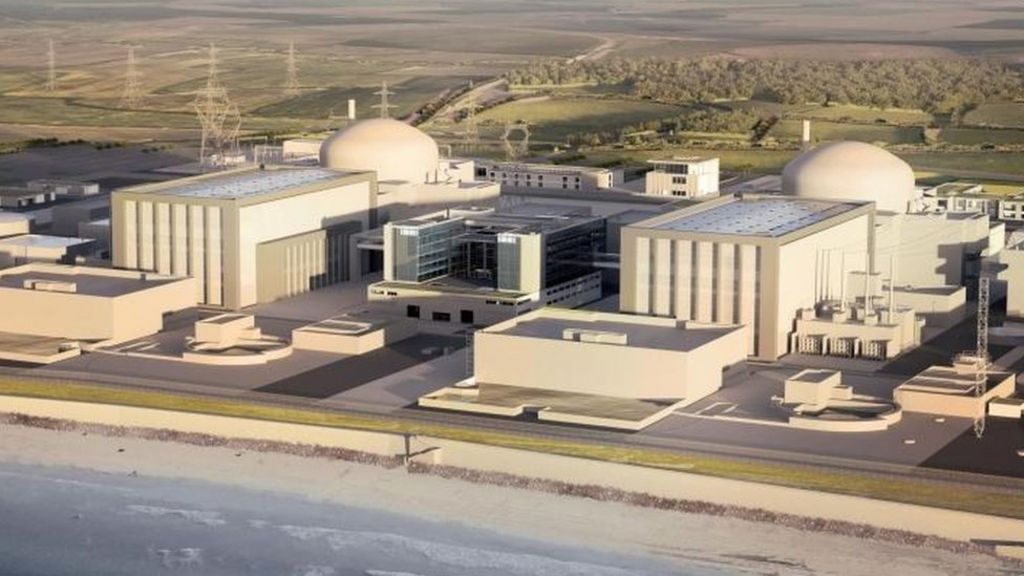 The French government is “completely committed” to constructing the Hinkley Point nuclear power plant, the French economy minister has told the BBC.

Emmanuel Macron told the Andrew Marr Show the £18bn project in Somerset was “very important” for France and EDF, which is 85% owned by the French state.

Mr Macron said work still needed to be finalised but he hoped something would be signed with UK officials this week.

EDF has yet to outline how it will fund the project.

The costs are rising, the problems are mounting, and the opposition in France is growingJohn Sauven, Greenpeace director

In October last year, it agreed a deal under which China General Nuclear Power Corporation (CGN) would pay a third of the cost of the project, in exchange for a 33.5% stake.

But EDF has been struggling to find the cash for its remaining 66.5% stake and the cost of the Hinkley Point project now exceeds EDF’s market value.

All you need to know about Hinkley Point

Nuclear power: The future or the past?

The company’s financial director resigned over the cost in March and last week the French Energy Minister Ségolène Royale said it should be delayed.

“Now we have to finalise the work, and especially the technical and industrial work, very closely with EDF, with the British government, to be in a situation to sign in the coming week or more.”

Asked whether he thought the deal would go ahead, Mr Macron added: “That’s my view, and that’s our perspective, because I think it’s very important for our commitment to nuclear energy.”