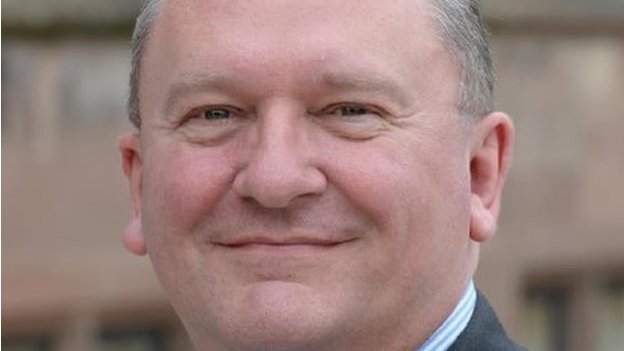 A deputy council leader accused of mortgage fraud got his elderly victim to sign blank cheques and papers, documents have revealed.

Philip Townshend, a Coventry city councillor who died last year, took out a mortgage on the woman’s house without her knowledge, a source claimed.

More details about the alleged fraud are revealed in Land Registry papers.

His successor, a lawyer whose company acted for Mr Townshend in the matter, was interviewed but not arrested.

Abdul Salam Khan, director and company secretary at The Law Partnership Solicitors, has not commented to the BBC.

West Midlands Police said there was no suggestion Mr Khan – a former business partner of Mr Townshend – had committed a criminal offence.

“No further action was taken. He was helping with inquiries,” the force said.

Mr Townshend was able to secure the mortgage because he was given power of attorney over the homeowner, aged in her 70s, the BBC understands.

A source said he had applied for equity release on the property, which Land Registry documents show was priced at £325,000.

Solicitors’ files about the sale and purchase of the property cannot be found, those papers say.

The homeowner, who cannot be named for legal reasons, “absolutely denies knowing or approving of any sale or gift of her property”, according to the Land Registry documents.

An application has been made to the Land Registry for the title of the property that came into Mr Townshend’s hands to be transferred back into the woman’s name.

A statutory declaration attached to that application alleged Mr Townshend “induced [the homeowner] to sign several sheets of blank paper which were then apparently used (amongst other things) to provide evidence… of an alleged gift and to transfer the property”.